“Well of course you’re Jewish,” I’ve heard again and again. “Your name is Aron Moshe” — two names that were intentionally chosen because of their ties to the Hebrew Bible characters Aaron and his more famous brother Moses.

But I wasn’t born Jewish, and I don’t just mean that I wasn’t born to a Jewish mother: my entire family, from extended to close, is Christian. Ranging from ambivalent church attendees at Christmas or Easter (and only if invited by a co-worker) to an evangelical radio minister in Florida’s swampland, our family’s Christianity runs the gamut. But there isn’t a single Jew in my family. Except for me.

I didn’t always have such a Hebraic-sounding name either. In fact, when I started using “Moe” almost 12 years ago, I hadn’t even made the connection to Judaism yet; although having a name inspired by these central biblical characters would be important to me almost a decade later, at that moment, it was accidental.

But life is full of surprises: like being assigned female at birth and — despite growing up as a culturally Christian woman — discovering in adulthood that I could be much happier as a moderately observant Jewish man.

Since I had already come out as queer many years before, I had some experience in the area of coming out, at least in terms of sexual identity. There are some basic do’s and don’ts that apply regardless of whether you’re talking about sexual orientation, gender identity, or any other deep personal truth, like picking a time and a place to tell people where you feel safe and comfortable.

But this time, it would be a unique situation. I would be coming out in two ways simultaneously, as both a trans man and as a Jew. How do you tell those close to you that you’re transitioning genders — as well as religions?

I did it with a letter, and not just any letter: a missive that included a link to a custom Google poll full of names. 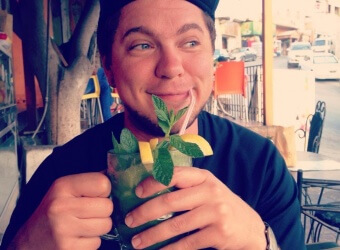 Because most of the letter’s recipients were my close friends and family, they probably already knew that I had transitioned genders, even if we had never discussed it directly. I had been using male pronouns for years by the time I sent it, and I made no effort to hide that I was transgender on social media. There was little chance of it being a surprise, although I did connect the arc for readers just in case they were still unaware.

But the Jewish thing — I’m sure that caught some people off guard, even if the signs had been there for a long time. My dance toward Judaism had been actively in the works for a decade, attending one synagogue, Torah study, or minyan since freshman year of college. As a child, I even had an inexplicably strong desire to attend a male yeshiva — thanks, Barbra, for Yentl — but I’d still been quiet about my intentions for the most part.

LGBT and queer people aren’t exactly welcome in many religious spaces. It only takes a brief survey of the responses to the recent massacre at Pulse, a gay nightclub in Orlando, Florida, to find some that are appalling. A Sacramento-area Baptist pastor, Roger Jimenez, had particularly horrific words to share, stating in a recent sermon that “Orlando was a little bit safer” after the Pulse shooting. Sacramento, California is my hometown, so Jimenez’s hatred cut especially close.

For every vocal bigot, there are quieter ones, too. Some ‘kindly’ inform those they perceive to be gay, lesbian, bisexual, queer, or transgender that the core of who they are goes against Gd. Others simply stare whenever a person hold hands with a partner of the same-sex, subtly and silently making clear that certain individuals should feel unwelcome.

The intersection of LGBTQ life and faith communities can be complex and challenging to navigate. So out of respect to all of my LGBTQ loved ones who felt a nagging discomfort every time religion intersected their lives, I’d always kept my Judaism largely in shul. Being religious and queer — or religious and trans — were separate parts of my life. All of that changed when I sent this letter.

It started out with a line from the Prophets to set an appropriate tone: “Like his name, so is he.”

After that, I discussed the timing: How I planned to use my new legal name for the first time at American Jewish University’s mikvah (a Jewish ritual bath that is used in the conversion process) witnessed by my partner Rosana and my parents, because the image of Israel “wrestling with Gd” spoke to me in the same way that my transition had. How I connected the irony of going through a second medically-induced puberty while studying for my beit din (a panel of adult Jews, usually rabbis, that convenes to consider and approve conversions) with the experience a young boy studying for his approaching bar mitzvah. And finally, how Judaism and transitioning both pushed me in similar ways, requiring me to have more ease with multiplicity and uncertainty while both asking me to find comfort in questions with unfinished answers. (But, as my partner Rosana would be the first to note, this kind of ease doesn’t come easily to me and is certainly still a work in progress.)

Although my voice had finished cracking before I started learning Hebrew for my conversion, the experience of converting and transitioning were inextricably linked. Especially without another ritualized way to acknowledge my name change, concluding these parallel journeys in the mikvah simply made sense.

The letter ended with a call to “choose wisely” from the list of names that I’d assembled, which included other biblically-inspired names like Elijah and Oren. It also including the winning combination: Aron Moshe.

As I wrote in my letter: “Jewish babies receive their name eight days after birth; I will ‘receive’ my name just after my symbolic rebirth as a part of the Jewish people. I couldn’t be happier.”

I was finally fully out — not just as queer, but also as trans and as a Jew. 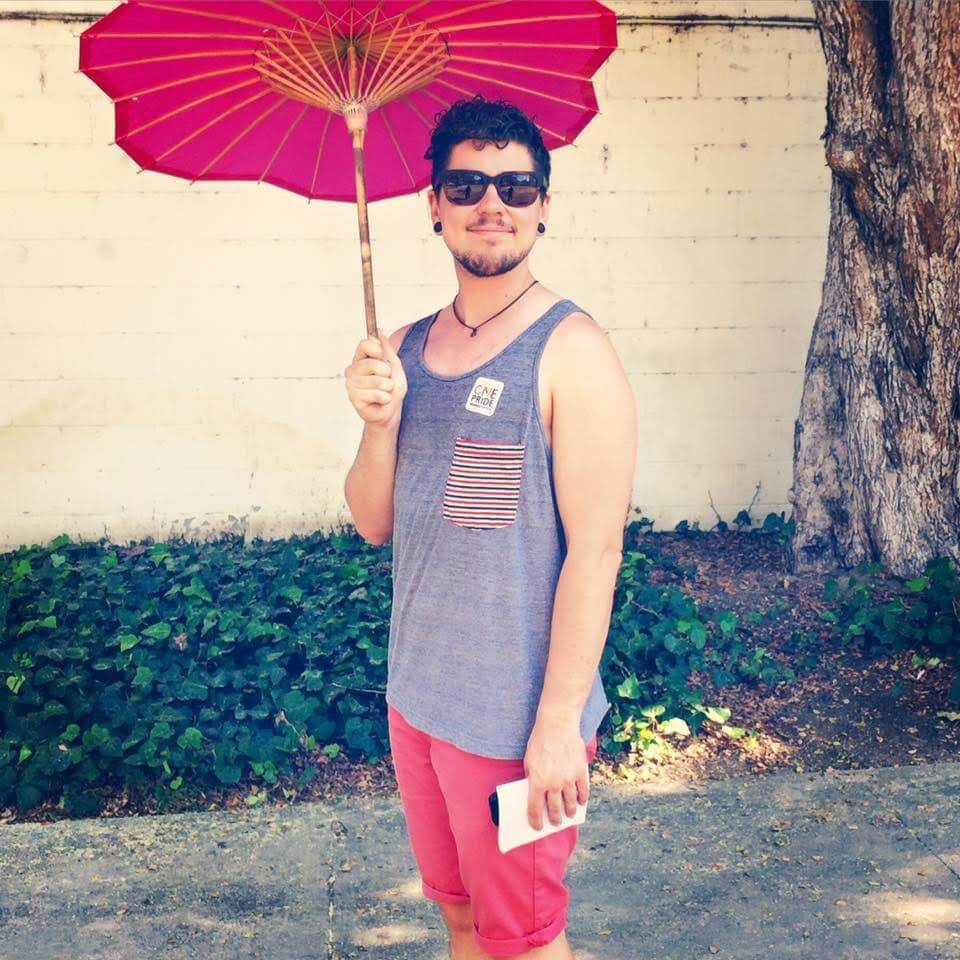 Aron A. Moe Macarow has embraced the ‘slash career,’ working simultaneously as a writer, digital creative manager, and event manager. You can read his writing weekly at ATTN.com, a news organization that empowers the millennial generation to make an impact, where he covers breaking news and social justice themed stories. He can also be found around the state speaking on topics near to his heart, including LGBTQ sensitivity trainings for varied groups — from community clinic staff to rabbis. Aron holds a dual B.A. in Cultural Studies and Religious Studies from Scripps College in Claremont, California, with a – now-ironic, thanks to his conversion to Judaism – focus on Gospel/New Testament Studies. He currently splits time between his hometown of Sacramento, California and sunny Los Angeles, where he lives with his partner Rosana and their cat Toby.