[Editor’s note: One of the things we try to do here at GrokNation is to expand our understanding of faith in the world – how different people with different faiths translate some religious concepts – which may, to some, seem archaic – into the contemporary sphere. In this guest post, writer Dena Schusterman explores the awkward territory of men trying to shake her hand or hug her, when her religious practice bans her from such contact with men who are not her husband.] 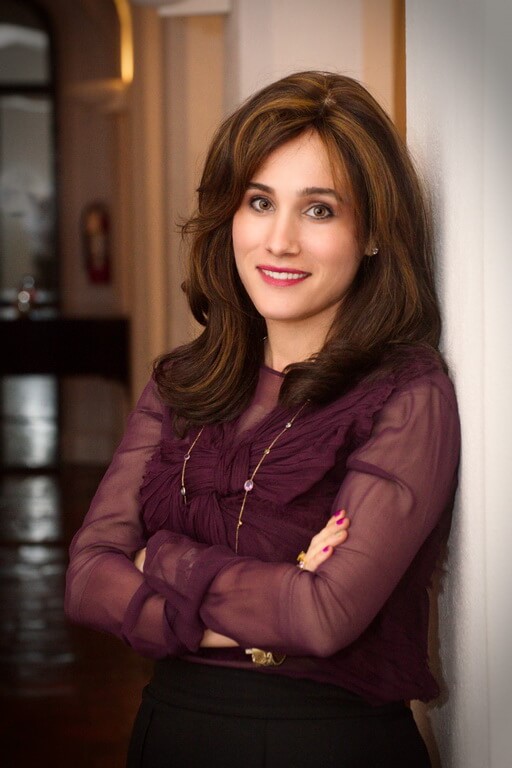 No Handshakes, No Hugs, Nothing Personal
by Dena Schusterman

I don’t shake hands. Well, at least not with most adult males. I politely decline the hand offered to me. “I am sorry, I don’t shake hands for religious reasons, nothing personal” is what I say in my sweetest voice, but I know it can come across as the farthest thing from anything resembling sweet.

I was raised in a Chabad home – many of us “Chabadniks” (or Chabad Shluchim, meaning “emissaries”), specifically live in secular communities as Jewish leaders and  educators, and among many other things, offer a glimpse into traditional Jewish observance, routinely explaining the “hows” and “why” of Jewish life. Our accepted practice is that when we reach the age of Bar or Bat Mitzvah (13 for boys and 12 for girls), we no longer touch members of the opposite sex over that same age. People of the opposite gender do not even touch each other, let alone shake hands or hug, unless they are husband and wife, siblings, or children with parents and grandparents. This is not a clear mandate from the Torah, rather it an extension of modesty and protective of the special physical relationship between a husband and wife and developed into accepted practice through discussion in the Talmud.  As with many accepted practices, there are varying levels of observance within the so-called accepted custom. Some will touch the opposite sex for business purposes or practical reasons, such as with one’s hair-dresser, or with doctors, for medical reasons. This practice of not touching is commonly known as “shomer negiah” (being mindful of touching).

When I was younger, I used to think that because etiquette books state that proper conduct is for a woman to put forth her hand first, these men sticking their hands out to me were the rude ones. Now I understand that it is the most ordinary and accepted practice in the society we live in for people to casually shake hands, and it is I who am going against the grain. It used to make me feel like a squeaky-clean, enthusiastic, good Jewish girl holding on to her values. But now, it just feels mean and snobbish.

I am faced with this challenge so often that I regret having taken such a hard line in my position of being “shomer negiah.” Because I know it’s not something that people expect, it can create awkward situations, especially when I am giving a tour to prospective parents at the preschool that I founded and direct.

As prospective parents enter the school I usually make sure that I am balancing a coffee cup, a pad of paper, a baby, some toys and classroom materials all at the same time, leaving no room to consider shaking my hand. “Hi! My name is Dena, nice to see you!” – with a head nod and smile – seems to do the trick. But at the end of a tour, after I get to know this couple and share anecdotes and stories and hear about their dreams for their child, and I share about the beautiful preschool that we have created, at this time when the bond with the parents has begun to form, then I feel most stuck.  The dad who has just told me everything there is to know about the life of his toddler, will offer me his hand as a goodbye, “nice to have met you,” with a hand outstretched – then, I feel like an idiot saying, “Sorry, I don’t shake hands with men – nothing personal, of course.” But I know how it must sound and feel: very personal.

In these moments, when I am face-to-face with the discomfort, I question if I should just shake his darn hand, even if along with it I say, “hey there, I’m shaking your hand and it’s just this once,“ might be a better idea – it is another person’s feelings here. But I still continue as I began, with my no handshakes. One of the reasons is that I know that because of my absolute adoration for these families in my care, it would be hard for me to then hold back on the next step, the hugging.

Knowing now that I do not shake hands, you might not be surprised to learn that I don’t hug either. As much as I am a warm and affectionate person, the no-hugging rule allows for me to not hug all the men that I really do not want anywhere near my body, as an observant woman or not. (I have 12 brothers-in-law- that is way too much male hugging to imagine). Also, as a Chabad rebbitzen (the wife of a Chabad rabbi), my primary daily interactions are with people who are not observant of my “no touching” policy, i.e. they are normal folk, so I am faced with this challenge often as a normal part of everyday American life. If I were to hug even one man, how would I otherwise prevent every man in shul from offering his deepest bear hug?

It is ironic that many men remember “no handshaking,” but then offer a hug, in which I usually am forced to unenthusiastically accept without reciprocating.  What should I do? Push him away? When a man is already going for the hug, my red-faced reminders of “Um, please no hugging” are usually too late. I know the dads at the school and the men in my community understand me and respect me for my values, but I know that they want to express their appreciation for all I do in the way they know best, a warm embrace. With some of them, this has become a longstanding joke between us and they offer an “air” hug, but we know there is an invisible wall there, and we mutually accept it.

As with many issues I face in life, having my life partner by my side makes it easier; when my husband is out and about with me, and we encounter an offered hand or embrace, somehow the men are less offended and more understanding when I turn it down. Perhaps it is my husband’s beard as a sign of piety or his protectiveness of me that they sense and recognize as similar to their own relationships. As if they’re reading him in a protective pose: Don’t mess with my wife.

Recently I was at a gala event on my own without my plus-one.  The hugs coming my way were numerous and hard to dodge politely and without too much contorting of myself (think slipping under or twirling around), or simply reminding “no hugs.”  After one particular older man reached for a hug, the woman I was standing with stopped him, and with all seriousness he responded, “Darn, I forgot! But you look so beautiful!” And with that, I reminded myself that although he meant well and I appreciate the compliment, I am sticking to my no-hugging policy with conviction, regardless of whether the hug- or handshake-offerer takes offense or not. My beauty (or female energy) is off-limits and is one of my deepest convictions as a Jewish woman.

When I refuse a respectful handshake or a well-meaning hug, I am still left feeling badly, understanding that society will see me as the impolite one. But I stick to my beliefs. Perhaps this is the meaning of Jon Stewart’s quote, “If you don’t stick to your values when they are being tested, they’re not values: they’re hobbies.” I accept my challenge here and although taking a new position might make myself and others feel more comfortable, I recognize it might also take me in a direction I might no longer feel comfortable with – the direction of leaving the traditions of my family, and my community in which I was raised.

And so I choose awkwardness. So if you see me, and I don’t shake your hand, it’s nothing personal against you – it’s about something that’s personally important to me. But you’re great. Really. And thanks for understanding.