If Glee and Parenthood had a baby, it would be Rise. The new high school drama from Jason Katims (Parenthood, Friday Night Lights and the beloved ’90s teen drama My So-Called Life) takes a while to get started. But after the pilot gets through its whiplash-inflicting plot and character exposition, Rise begins to fulfill the promise of its name, setting the stage to explore many of today’s social issues as the season progresses. (I screened four episodes–the first one airs tonight on NBC after This Is Us.)

​Stanton is a steel town that’s struggling economically. The high school is desperately trying to attract attention to its football team to put it on the map, and arts education is struggling.

The pilot is loaded with all the characters you’d expect, experiencing the resistance you’d expect. A teacher-turned-drama teacher looking to make a bigger impact​, Lou Mazzuchelli (Josh Radnor) takes over the drama department at Stanton High School from longtime leader Tracy (Rosie Perez). Tracy and Lou clash–he’s just surfed into a position that should have been hers. She initially treats him like an interloper, but the two are united in their desire to mount a meaningful production of Spring Awakening for the students. 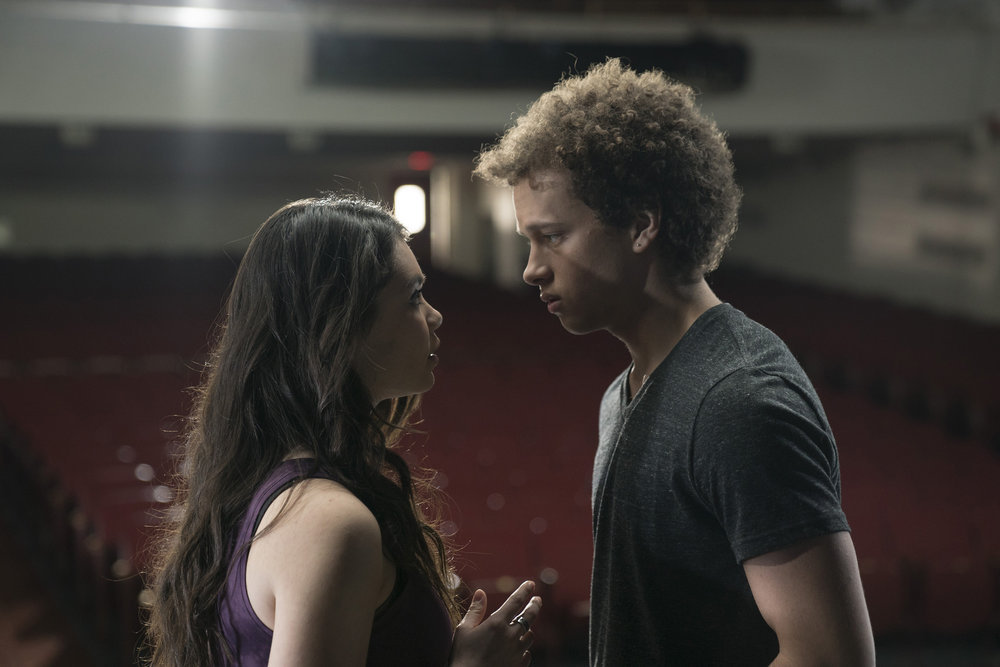 The students (who include Moana‘s Auli’i Cravalho and, in a supporting role, Stranger Things‘ Shannon Purser–justice for Barb!) live in complicated families that are also struggling. One student is in a very bad foster care situation, another is in a conservative family opposed to the show for religious reasons. There are single parent families, parents who are seriously ill and others who are cheating on their spouses with other parents at the school. The first few episodes introduced a trans student and someone with Down Syndrome; not as characters who represent challenge or are the subject of peer abuse, but as people living their lives.

Theater as a space for exploring these issues makes a lot of sense; as one of the students articulates, imploring the drama teacher not to change a thing about the production, theater is a space for the truth. Parents object (although minimally) to the themes of Spring Awakening, which include child abuse, suicide, abortion, and sexual awakening. Some pressure Mazzu (as students call him) to reinstate the previously planned play, Grease (which honestly, is pretty adult-themed as well).

There are several ways in which this is definitely not Glee. While Glee’s jocks needed episodes of overcoming peer pressure and cajoling from staff members before giving themselves over to the music, football star Robbie slips into it more easily, adding to his schedule and enjoying it without resistance from the team. And–while one of Rise’s producers is Jeffrey Seller, a theater producer known for his work on Rent, Avenue Q, In the Heights and Hamilton–the songs of Spring Awakening aren’t as well known as those shows’ numbers or Glee’s crowd-pleasers. Also, songs are not presented as dramatic device (as they often were on Glee and always are on Crazy Ex-Girlfriend). They’re students who sing because they’re rehearsing for a play–and a not-entirely mainstream one at that. 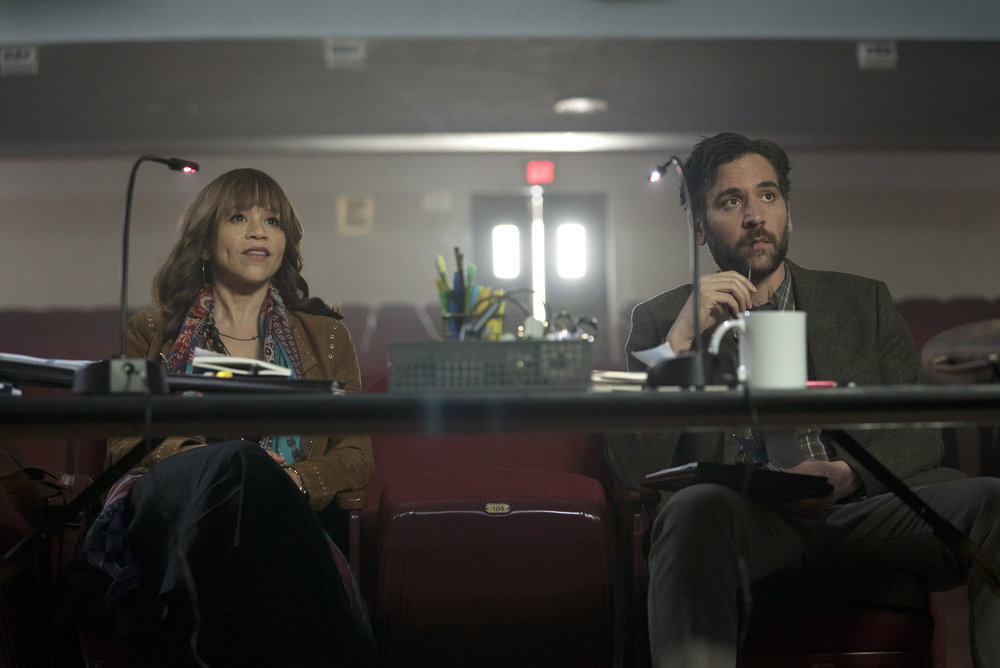 The show is (so far) pretty devoid of the cruel behavior and cliques we’ve seen in previous TV high schools. For instance, Michael (Ellie Desautels, who identifies as a non-binary gender actor and uses the pronoun “they”), a trans student, handles the challenge of “where should I change” by announcing to the boys in the production that Michael will be changing with them from now on, if that’s ok with them, and the boys simply say, “cool.” Any issues the students have seem to be with their parents, rather than with their peers.

In the first episode, ​Lou is prone to big speeches, saying things like “we are a troupe…a sacred troupe” and “I love you all.” But because there are too many characters and storylines to establish in the first episode, the lines come off as insincere or inappropriate. There haven’t been that many rehearsals, how much sacredness and love could have been established? But over the course of the next several episodes, the characters seem to settle into their storylines, and when, in the third episode, Lou is challenged by a parent to express what he believes in, the resulting monologue is short, but Parenthood-effective. So if you’re watching This is Us and then Rise, maybe hold on to one Kleenex, just in case.