I spent a night with Tony Robbins. Not like THAT, but let me tell you: it felt just about as intimate as if I had spent that kind of night with him.

Tony Robbins is a motivational speaker who has built an empire out of his days-long seminars which emphasize turning your life around with his techniques. While there are some who are critical of him and skeptical of his methods, I have always been intrigued by people who have the ability to reach so many with a message that is not religious in nature. Indeed, Tony is sort of a secular spiritual figure, emphasizing the need for personal motivation through acknowledgment of a staggeringly beautiful Universe, which is also an acknowledgment of a Power greater than ourselves.

I was invited to attend Tony’s Los Angeles workshop experience as a guest. I don’t know that he personally singled me out (other celeb types were also there), but maybe Tony follows me on Instagram and saw my break up video and was like, “Dude. That woman needs help.”

And so, there I was, sitting in a room of 15,000. There were people from all over the country—and possibly even the world— who had put their jobs and lives on hold to be in this room for 14 hours each day, 3 days straight. I was only there for one night, however, because I have the kind of job that doesn’t allow me to ask for time off to go see Tony Robbins! But I wanted to witness for myself what he does, so I made it to as much as I could.

But I didn’t go alone. My friend Imu was in town, and since I feel the most comfortable when I’m with him, I had the courage to head down to the Convention Center to see what the Tony Robbins experience was all about. We trekked downtown after I got out of work for the day and were escorted to the VIP section at the foot of the stage. It was very loud. Music blasts intermittently and Tony walks the room as he speaks, a microphone attached to him, allowing his voice to reach every last person there. 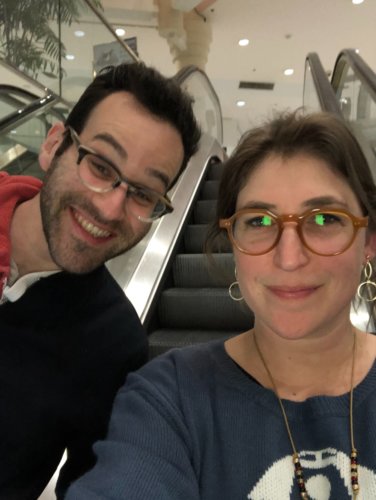 Imu and I heading into the conference center

A lot of what he says makes sense. Actually, most of what he says makes a lot of sense. He emphasizes personal power, learning to shift your mindset, move away from suffering, and prepare for confronting things that are hard with a resolve and a passion for living your best life. He uses a very strong, loud voice and when he makes an important point, the music is pumped out so loud that I felt it in my veins—literally. There are things I missed since I wasn’t at the all the sessions, including the one about shouting your power—and I’m not really into shouting with 15,000 other people at once…so I sort of observed that part.

The same went for the dancing. Tony had everyone move their bodies frequently to keep you energized. I am extremely self-conscious in general, so I sort of bopped to the rhythm but skipped the ecstatic dancing.

It’s not all shouting and dancing, though. There is some unbelievably intense stuff he does which has stayed with me for sure. Tony shared these exercises where you are supposed to tap into joy and bliss. He is very persuasive helping you conjure memories. A lot of emotional music is playing and everyone in the room closed their eyes at once, and Tony’s talking, and it’s super intense…and then you kind of can’t help but start crying because he’s talking about being free of sadness and encouraging you to remember moments that transcended sadness and that was it. I was weeping like a child. As were many people.

Tony wasn’t the only one doing the talking, though. There was a lot of sharing of experiences with strangers in your row. To be honest, that kind of vulnerability doesn’t work for me. Instead of opening up, it makes me shut down and cry for the wrong reasons.

I know you’re wondering if I did the fire walk which is when you literally shift your mindset and your physiology to walk on actual hot coals. No, I did not.

I felt like people who were there for all of his seminar should be able to do that. I was just a drop in. And I was worried I would get recognized and that it would take me out of my zone and I would burn my feet and have to tell Chuck Lorre and everyone at TBBT that I did the fire walk and Chuck would be like, “We only have 4 more episodes and you had to do this and mess up your feet!?”

So I skipped that part.

I was very moved by the evening, and I definitely would be interested in learning more. I’ve done so much in my life to work on myself and I’m always open to adding more. Tony talked about turning expectation into appreciation. I’ve been working on that. He also talked about trying to live in a state of gratitude. I’m working on that, too.

After only a handful of hours at a Tony Robbins seminar, I feel moved and inspired. Say what you will about his style or his success; he’s a smart man who knows how to touch people. And I was touched. Looking around at the 15,000 other folks in the room that night, I don’t think I was alone.

Read More From Mayim
Explore These Topics: Mayim Bialik motivation
More Like This: