Rati Gupta came into the lives of The Big Bang Theory family this season as Raj’s potential love interest, Anu. For those of you who have been watching, you know the two are now engaged to be married. Rati plays Anu as a playful, feisty, and no nonsense woman. Her character is looking for an arranged marriage and she is a woman who knows what she wants and how to get it.

When I met Rati, I was immediately struck by her—forgive me—adorable voice, which belied the strong and determined choices she makes in her performance. She’s no Valley Girl, even though I tease her that she sounds like one.

I wanted to sit down and find out how Rati got here, what she’s like in real life, and how she feels being a part of the Big Bang family as we finish our run after 12 seasons.

Rati is intelligent, funny, and delightful. See for yourself!

MAYIM BIALIK: A lot of people have been enjoying seeing you on The Big Bang Theory. I’m sure they’d like to know a bit about where you’re from and what you did before this.
RATI GUPTA: I grew up in Indiana. I’m an Indian from Indiana, which is a funny little thing to say! I went to school in Chicago, and I’ve been a dancer my whole life. I moved to L.A. around 2008, a year after I graduated college, to pursue a dance career. My dream was to be a backup dancer for Janet Jackson and go on tour with her. So in L.A., I was dancing a little and auditioning for about a year or so, and it was hard. I was struggling with the L.A. scene and the competitiveness. I thought: I’m in Los Angeles. Why not try acting? Here, it’s a common thing; there are acting classes all over the place. I asked a bunch of my actor friends from college who to go to, and I went to an acting coach who actually specializes in comedy. I auditioned for her, and she said “You know you’re funny, right?” And I said “No, I didn’t know that, but that’s cool!” She saw this potential in me that I had never seen before, and she threw me into her advanced class, and I just kind of dove into the comedy world after that. I did stand up comedy for a little bit, and I studied improv at the Upright Citizens Brigade, and have been acting and trying to make people laugh as much as possible ever since. 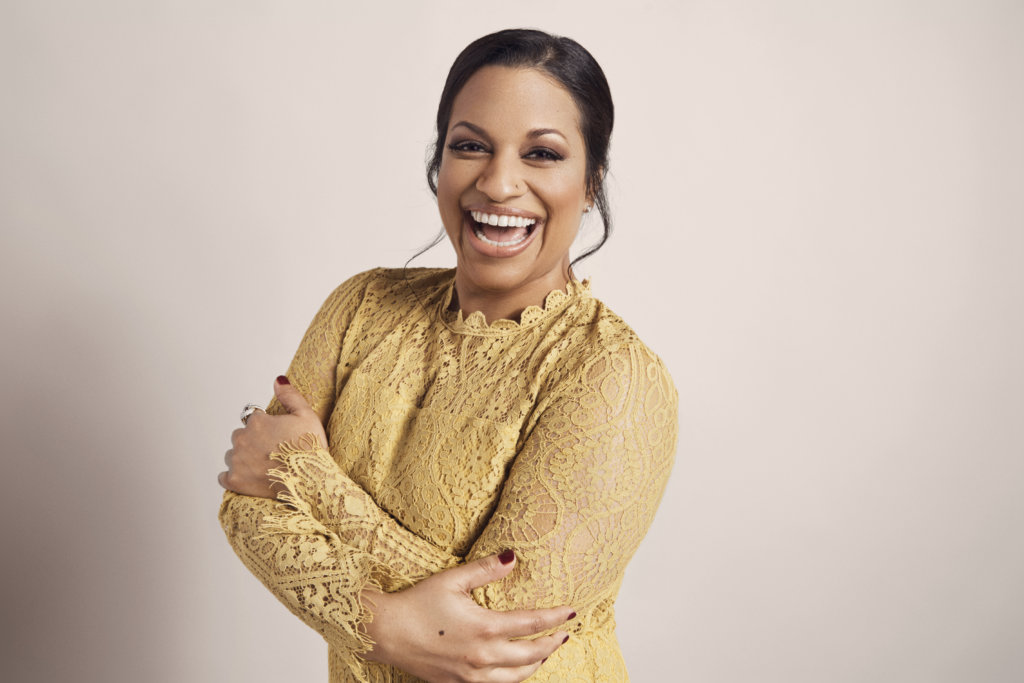 I hope it’s not inappropriate to ask..are your parents from India? What is your Indian background?
My parents are both from India. My mom is from Varanasi, which is considered the holiest city in India. It’s right on the Ganges River. My dad is from a super small town north of New Delhi. My dad came to the United States for his medical training. He completed medical school in India and moved out here to start his practice. My parents actually had an arranged marriage.

Wow!
Yeah. There was an interview process, and they had met beforehand. My aunt (my mom’s older sister) was living in Michigan, and she met with my dad and “cleared” him. It was a family affair of sorts! My parents got married in India and then moved to Chicago. They lived there for a few years and had my brother and then moved to the suburbs of Indiana. They’ve now lived in the U.S. longer than they’ve lived in India, which I find interesting. They are kind of more American than they are Indian.

Does that come in handy with your plotline with Raj?
I definitely have experience in the subject matter, so it’s not a stretch for me to understand this character and her choices. There’s a line in one of the earlier episodes where she says, “My parents were arranged, and they are very happy.” That’s a very easy line to deliver because it’s true! 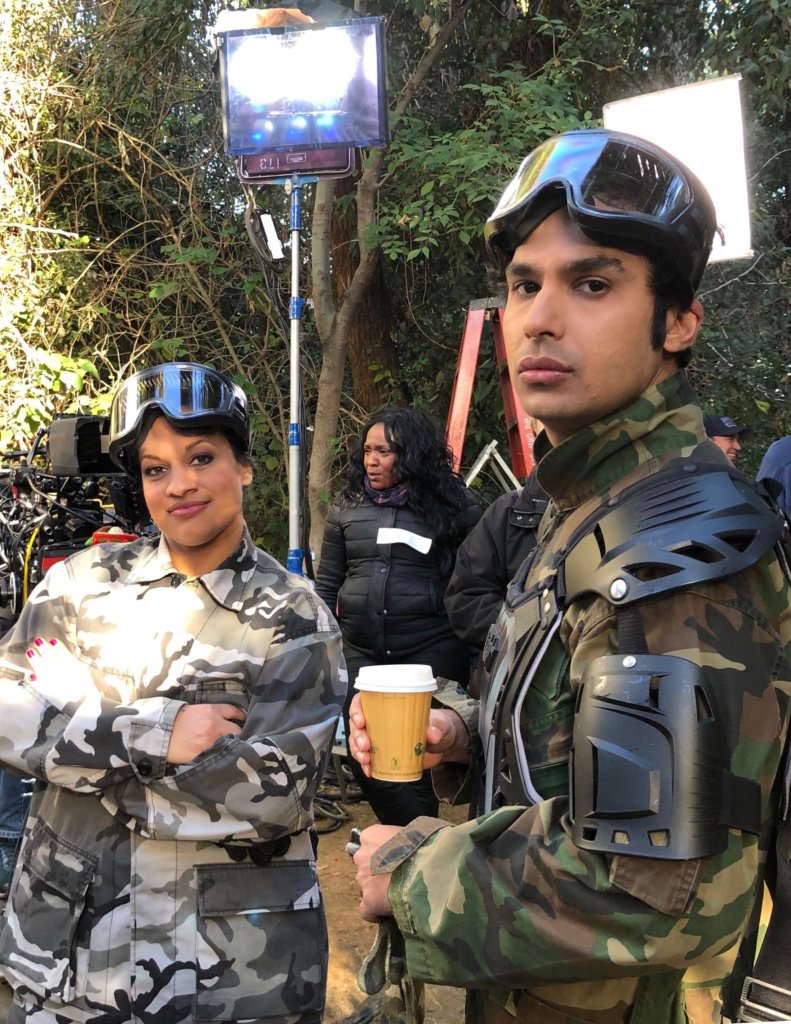 Melissa and I came on to The Big Bang Theory once it was already so successful. I was very intimidated. I liken it to entering high school two weeks into the final year of your senior year when everyone already has everything established. They know where their lockers are, who their friends are. Did you feel that?
It was definitely intimidating on both a personal and professional level. It felt like transferring schools late into senior year. I will say the one cool and calming thing about joining a show after it’s been going for so long is that it’s such a well-oiled machine that I always know where I need to be, what I need to do. It’s easier for me on a daily basis, and in terms of my working relationships, I trust everything is going to work out.

What was your reaction to this being the last season?
I got cast a week before it was announced it was going be the final season. I already felt intimidated; I mean, this show is huge and this character feels consequential in a way, but I had no idea what the writers’ intentions for her were. I still don’t to an extent. Then it was announced it was the final season and my feelings about how big a deal it was going to be to be on this show rose about a hundred times more!

Raj’s girlfriends have really run the gamut, and Raj is the only character who really hasn’t settled down. What I really love about Anu is she’s very strong, and she’s kind of bossy; he’s intimidated by her. You really play it in an attractive and charming way. I’m wondering is that something you were directed to do, either by Mark Cendrowski (our director) or by the producers in your audition? Or was that how you wanted to play her?
I think it’s almost entirely my interpretation of this character based on the scripts that I’ve been given and my natural instinct to portray women that way. I wasn’t familiar with Raj’s dating history, but when I was given the script, I loved how clear she was about herself and what she wanted. I relate to that because that’s how I approach my own romantic life and my life in general, so I channeled that part of me into her. I didn’t want to overanalyze the big picture of what Raj needed or wanted. And Anu wouldn’t do that either. She wouldn’t think about what everyone else would want. She’s so clear about who she is and what she wants. And she allows that to dictate her actions and behavior.

That’s really awesome. I think people are going to be so interested in your take on playing this character. I really appreciate it and I think you are so much fun to watch and I love having you as part of our work family! Thank you!

Read More From Mayim
Explore These Topics: The Big Bang Theory
More Like This: