Mayim Bialik: I have seen many documentaries about the choices we make about the food we eat and the way we treat the environment and how all of this impacts all of us. I fell in love with your documentary, Eating You Alive. Can you talk a little bit about why you wanted to make this movie and how it’s different from other documentaries that are out there?

Paul David Kennamer, Jr.: For myself and Merrilee [the co-producer] as well as our whole production team, we took [the whole foods] lifestyle on as a challenge and we were approached by a doctor in our area in Chattanooga, Tennessee about it two years ago. I knew nothing about it so I began to learn about it. I watched all the docs out there, and it changed my life. In six weeks, I dropped 45 pounds and went back to my high school weight. I started feeling better. I never felt that good. We saw this change had the same impact on the whole team. So it changed our lives and then I thought, as filmmakers, we want to tell this story. But we wanted to tell it through other people’s lives, not our own, because we’re not the focus here. When we set out to do it, the biggest thing [was] that we really wanted to differentiate us from other documentaries. Forks Over Knives is a great documentary and it changed our lives. But we wanted to make the point that there are doctors all across the country advocating for this way of eating; it’s not just a California thing, that there’s literally evidence-based science showing this is important. The other thing for me was, I couldn’t boil water, so I needed to know that I could do this for my health, but also that I could do it easily. We ultimately wanted to try to inspire people to realize this is doable and it can make a huge impact on the planet.

MB: As someone who has been accused of being vegan as part of some trend, I think that is one of the most significant aspects of this documentary. It was really was powerful because you’re seeing people eating this way specifically in parts of the country that have the most difficulty with all of these kind of health problems. (According to the Centers for Disease Control and Prevention (CDC) Behavioral Risk Factor Surveillance Survey, obesity rates are quite high across America. Within the Midwest and South you can see rates over 30 percent. There are a total of 45 states which have an obesity rate of over 25 percent and 22 states with rates above 30 percent. Seven of the 10 states with the highest obesity rates are in the South and 23 of the 25 states with the highest rates of obesity are in the South and Midwest. These states include Arkansas, West Virginia, Mississippi, Alabama, Oklahoma, Ohio and South Carolina.) Everyone that I’ve mentioned it to keeps saying, “Where can we see it?” So is there a plan to release it on Netflix? Is that a possibility?

PDK: Obviously I hope at some point it will hit Netflix, but right now we’re working on the theatrical run in January. It all depends upon the demand for it. It will be on digital download, DVD, Blu Ray, and will go to Netflix eventually. We were blessed to find out that we are going to be on the Today show in January and The Doctors in January, so hopefully that will give a bigger platform for the film!

[Editor’s Note: Since this interview in Dec. 2016, the film has landed an in-theaters release for April 5, 2018 only. Purchase tickets on FathomEvents.com.]

MB: That’s terrific. There are a lot of people who like to cite statistics that are often in direct opposition to what is presented both by the vegan world and specifically the whole foods world, ranging from, “this is an elitist stupid thing,” “we’re made to eat meat,” “this is impractical”….How do you respond to this kind of criticism in a way that might hopefully lead more people to have more of an open mind (because many people still don’t want to)?

Merrilee Jacobs: I think that you hit the nail on the head when you said people just don’t want to. To me, when people don’t want to, they’ll find any excuse in the book why they shouldn’t. Usually, our general response to critics of this kind of eating is this: If you want to go and actually do the investigation, there is a mountain of science behind this. It is an evidence-based science behind why this works. But if science really was what inspired people to make a change in their lives and health, then nobody would be smoking anymore. And that’s certainly not the case, so scientific studies obviously don’t necessarily inspire change or convince somebody they need to make a change. It usually has to come from a more emotional place. And no one can argue with personal experience. So, for anybody who wants to cite a statistic or some sort of study as to why this isn’t a good way to eat, my challenge to them is: try it. Try eating this way for two or three weeks and then come back and talk to me about whatever study it is that you’re citing. Because people who actually jump in and do this see the results. You can’t deny the results when you go in and have your cholesterol and blood pressure tests done [after making the change for a few weeks like the people in the movie do]. And you certainly can’t deny how you feel when you make the change.

MB: There is a running denial specifically by the American public about the role that government agencies play in the food we eat- what is subsidized by the government and what we are told to believe is healthy. People are so quick to dismiss claims like these as paranoid conspiracy theories. But it’s a very politically complicated and incredibly important issue that your film deals with so well, because it doesn’t hit you over the head with it, but it makes it very clear that our government has not incentivized eating whole foods because it simply doesn’t benefit them. And that should be very disturbing to everyone. What’s your hope in getting that information out there?

PDK: Our hope is that people can be educated and informed. if we can just open people’s eyes enough to get them to start asking the questions and start thinking, “Why is it that our healthcare crisis is what it is? Why is it that we’re having more people diagnosed with these diseases than ever before? Why is it that we’re not seeming to get any better? Why is it that we’re spending all this money and we don’t seem to have cures for things?” If we can just open those doors to get people to actually start thinking about that question and start questioning, then I think we have the hope that things can start to turn around. We can collectively make a difference and I know that sounds so simplistic and grandiose, but that’s the bottom line. I hope that each of us individually fighting for what is right can ultimately make the difference. And when we as the public begin to demand more fruits and vegetables, it can be changed. It’s just going to be an uphill battle.

MB: I have an 8- and 11-year-old who are vegan and after seeing the film, I’ve really had a shift in my diet. My boys already love guacamole, but I’ve been so inspired by the movie that I blended a bell pepper and snuck it into the guacamole and no one even noticed. Instead of just putting chips out with the guacamole, I put out celery and bell pepper and carrots and lo and behold: they ate them! When I called my boys over to the stove to show them you can use vegetable broth instead of oil to saute onions and garlic, they both stared at it like we had just seen a double rainbow.

PDK: To hear you’re doing that because of our movie is amazing.

MB: It’s been unbelievable. I want to thank you so much for making this film and for talking to us. And if you see me in a dress that is fitted in the next six months, it’s probably to your credit.

MJ: I don’t think it’s going to be six months. I think it will be a whole lot sooner than that!

MB: Thank you so much. 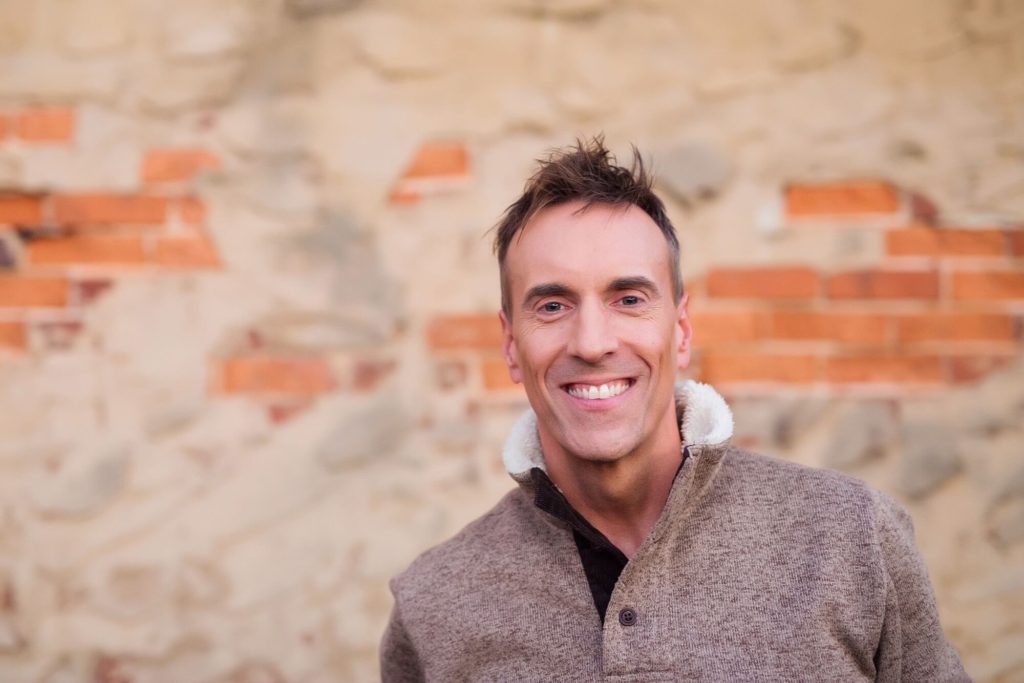 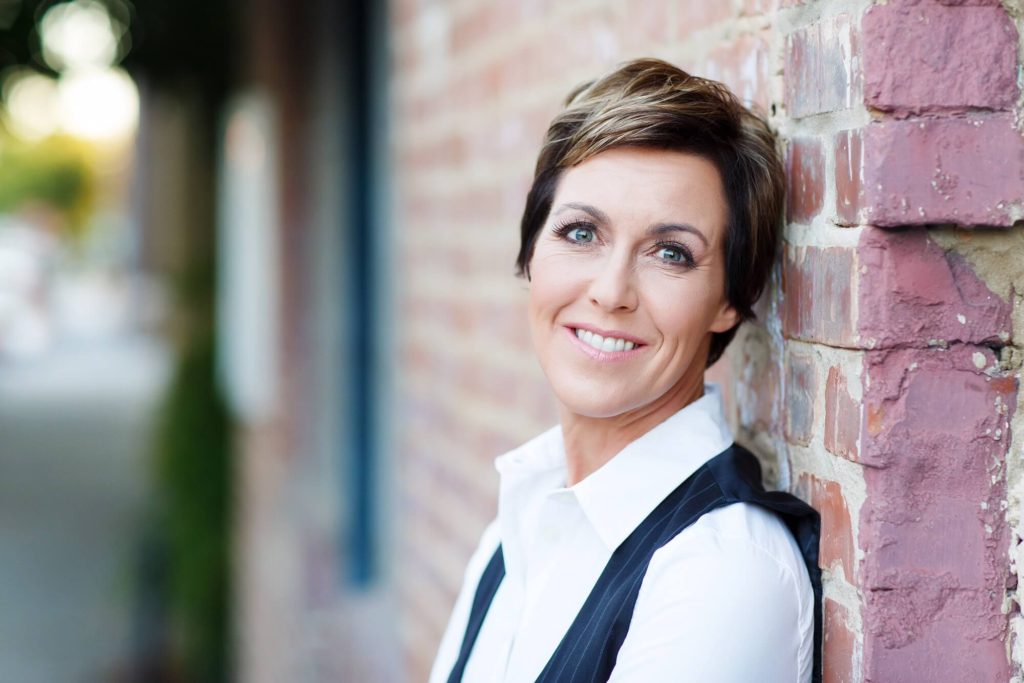 Read More From Mayim
Explore These Topics: America Food and Drinks Wellness
More Like This: