I was raised to be crafty. My mom taught me to sew, knit, quilt, and generally be artistic in everything I did. School projects were mini art projects, even though I was not terribly skilled at art. As I got older, I made friendship bracelets and tried to draw and sketch, but I mainly have excelled at assemblage: assembling multiple mediums in works of art that are personal and expressive rather than “realistic.” I am a crafter!

Since having kids, I’ve had a lot less time to be crafty; I was recently inspired to pick up my crafts again after meeting Ramie Smith who runs our GrokNation YouTube channel and is an expert crafty woman. At our Grok Nation retreat, we made a “coat of arms” representing our website goals and that also inspired me.

So… I decided to make a lamp depicting Smaug’s lair, the dragon’s den that figures prominently in Tolkien’s The Hobbit. Or rather, I assembled it, with the help of my best buddy. It took about 2 hours. The costs were the lamp which I got on sale from a lamp store (it’s made to be opened up so that you can decorate and customize it). The supplies came to about $100. You can for sure do this for cheaper, but I selected a few specialty items for my lamp which drove the price up. (Just being honest!) Here’s how we did it:

This was an incredibly gratifying project. I can’t wait to work on our next lamp – it was a two for one sale! Stay tuned….! 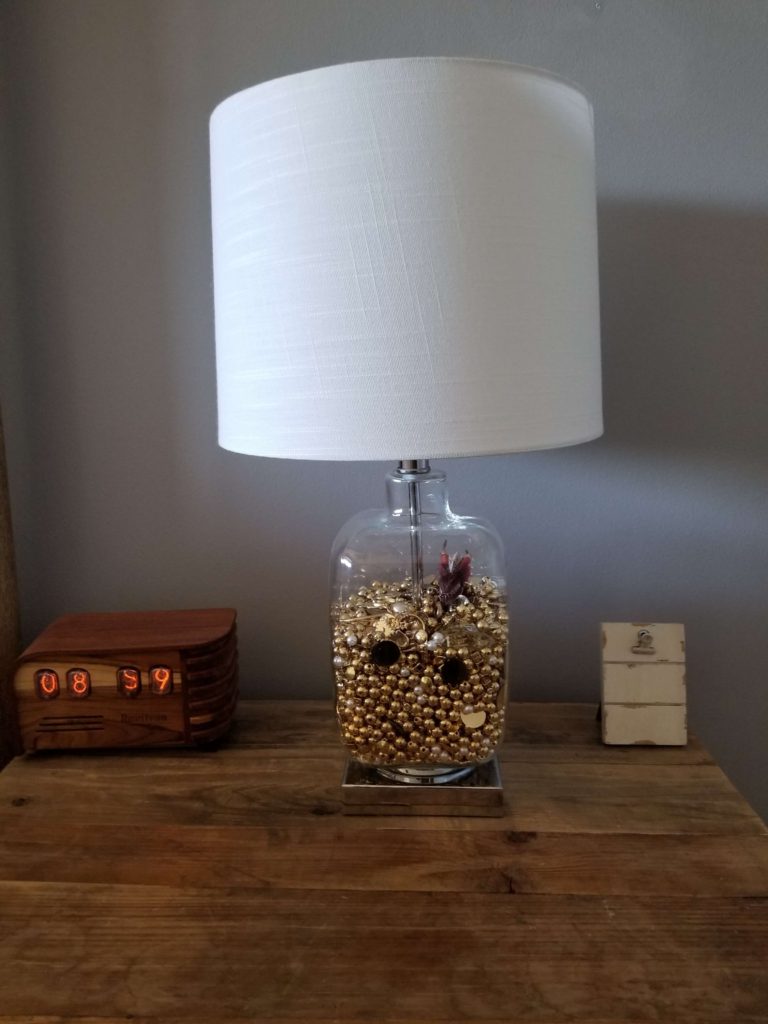 Read More From Mayim
Explore These Topics: Art Arts & Crafts Lord of the Rings
More Like This: