Over the past decade, artist Judy Gelles has photographed hundreds of fourth graders around the world—asking each the same three questions:

Who do you live with?

What do you wish for?

What do you worry about? 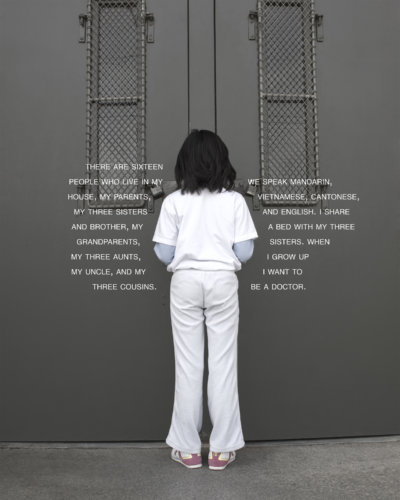 Gelles’ Fourth Grade Project began in 2008 when she volunteered to tutor fourth graders on their reading skills at a Philadelphia inner-city school.

“The books had no connection to their lives whatsoever,” Gelles says. So she decided to ask them about themselves. She came up with three questions to guide them, wrote down their answers, and had them read them back to her. She then asked to take the students’ photos to exhibit in the classroom alongside their stories.

“The principal said no because of privacy rules,” Gelles says. “Then she joked, ‘you can photograph their backs.’”

That’s exactly what she did, creating a distinct visual format for each image: one student, back to the camera, with their answers to the questions framing their torsos. 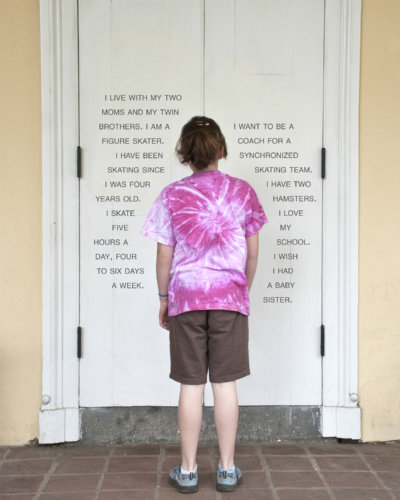 Gelles then decided to try the same project at a very different type of school, an upscale, private one. The students’ answers were so diametrically opposite that Gelles realized she “had a project that I wanted to take around the world.”

The project expanded at a rapid and global pace. In each new school, she began her sessions by showing the photo-stories she created in other schools. And at each school—no matter the geographic location or socio-economic background—the students’ reactions showed how little they knew both about their own peers and students whose lives and families were different than their own.

“The Nicaraguan students had never heard the words Jew or Muslim,” Gelles shared. In St. Lucia, the children asked her what “divorce” meant. “Most of the parents don’t get married. It’s a matriarchal society and the students live with their mothers in single parent homes.” 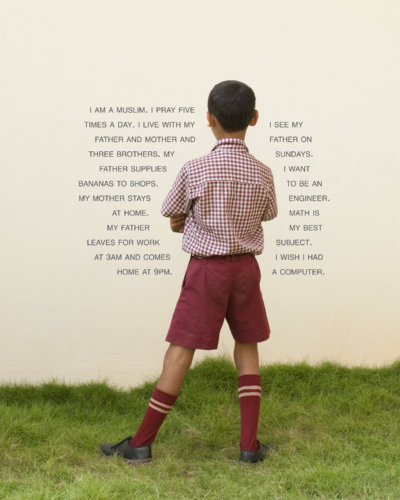 Student from a private school in India Judy Gelles

Three hundred students, 10 countries, and 16 schools later, Gelles is creating an elementary age curriculum based on the children’s stories, in order to teach other students about diverse ways of life through direct narratives from their peers. She believes the stories have the power to transform students’ worldviews. And that understanding what their peers hope for and are afraid of will “foster a great commitment to global understanding and tolerance.”

It’s a lofty goal, and one perfectly suited to fourth grade, according to Gelles, because it’s a critical time in children’s development. They’re about to hit adolescence, are very curious, and are able to think critically. It’s also a time when worldviews become set, which is why the exposure to other students through personal stories is so crucial.

Fourth graders also see relationships as very important, and the theme of family weaves through answers to all three questions Gelles poses:

“I worry about my father’s health.”

“I worry about me and my father. He has a new wife and doesn’t have enough time to spend with me.” 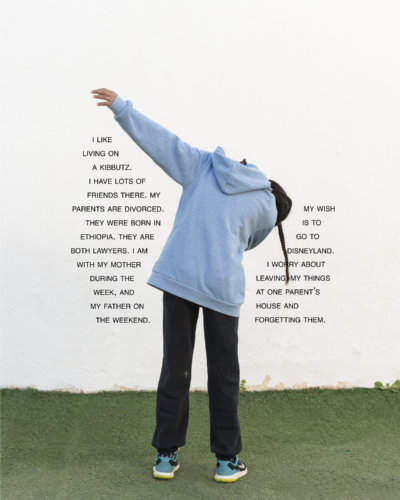 Student from a public school in Israel Judy Gelles

One of the lesson plan themes that Gelles is building and refining with teachers around the U.S. is Family Structure. It helps guide students through observing how similar—or not—their families are, discussing what family means, and sharing thoughts on why it’s good to read about families different than their own.

Ryan Pickard, a fourth grade public school teacher from Massachusetts, is helping Gelles write the curriculum. Pickard has also taught six of the lesson plans to her class, and her students get very excited whenever they hear they’ll be doing a Fourth Grade Project lesson. The questions coax out semi-personal details that kids want to know about, but never ask.

And that’s part of Pickard’s end goal: Her students see that their peers have worries, fears, wishes—and that makes it OK for them to worry, fear, wish as well. “My hope is that they learn to respect who people are, and realize that people should be treated with respect and kindness.” 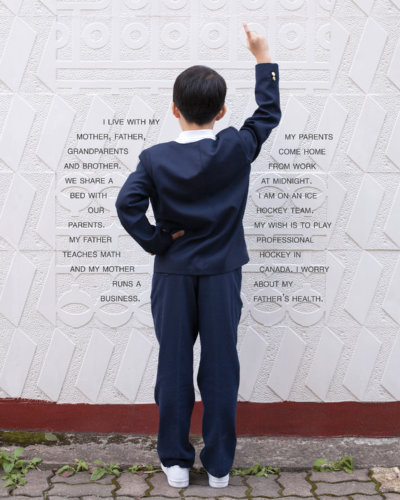 Student from a private school in South Korea Judy Gelles

Other lesson plans—which will all eventually be available for free on the Fourth Grade Project website—include topics like immigration, worries, bullying and future aspirations. Gelles wants the curriculum easily accessible to educators worldwide, along with curriculum guides and forums for students to respond to the photos, and share their own.

When I spoke with Gelles, she had recently returned from Yakima, Washington, where she photographed fourth graders in a public school, and exhibited a selection of photographs from other schools.

At the exhibit, an 11-year-old girl asked for her autograph and Gelles asked what she had learned from the photos.

“That there are a lot more people with different stories in the world, that you should have empathy for them,” the girl told her. “Whenever you’re looking at somebody, you pretty much see their clothing, what they’re wearing, what they look like, and it’s not who they are. That’s why I really like these photos. You see a different perspective of somebody.”

And that, Gelles concludes, is exactly what it’s about.