Previously known for placing in the Top 24 on American Idol season 8 in 2009, Jackie Tohn can now bodyslam another human. For the actor, musician and comedian, this latest skill is thanks to weeks of wrestling training with the other cast members of GLOW, the Netflix original series about women wrestlers that’s back for its second season Friday, on June 29. Jackie plays Melanie “Melrose” Rosen, a brassy, strong, hilarious and high-energy party girl with something to prove.

Jackie’s enthusiasm is infectious, her voice is original, and now she’s basically a lethal weapon. So our point is, don’t mess with her–just enjoy the wild energy that she brings to whatever she’s involved in. (And set a calendar reminder to check out her forthcoming album of original tunes this summer, Powerfox, on iTunes and Spotify some time in mid-July.)

Here we caught up with her to talk about her work on GLOW, portraying Gilda Radner in A Futile and Stupid Gesture, her lessons from American Idol and what got her into the industry.

GROK NATION: GLOW, a show about the real-life Gorgeous Ladies of Wrestling, has been widely praised for its women’s empowerment themes. Would you say Melrose sees herself as a feminist, and if so, what kind?
JACKIE TOHN: Melrose is definitely a feminist. She is very outspoken and sexual in a way that makes HER feel empowered. She is calling the shots in her own life. And she’s so decisive. I could stand to learn a thing or two from her. She goes overboard sometimes but she knows what she wants and she goes for it.

What’s she up to in season 2?
Melrose transforms into more of a team player in season 2. She’s still up to her wise-ass antics but instead of just being out for herself, she uses her big mouth and surprising business acumen to help the girls make money in light of their new micro-celebrity status. The girl’s got ideas. 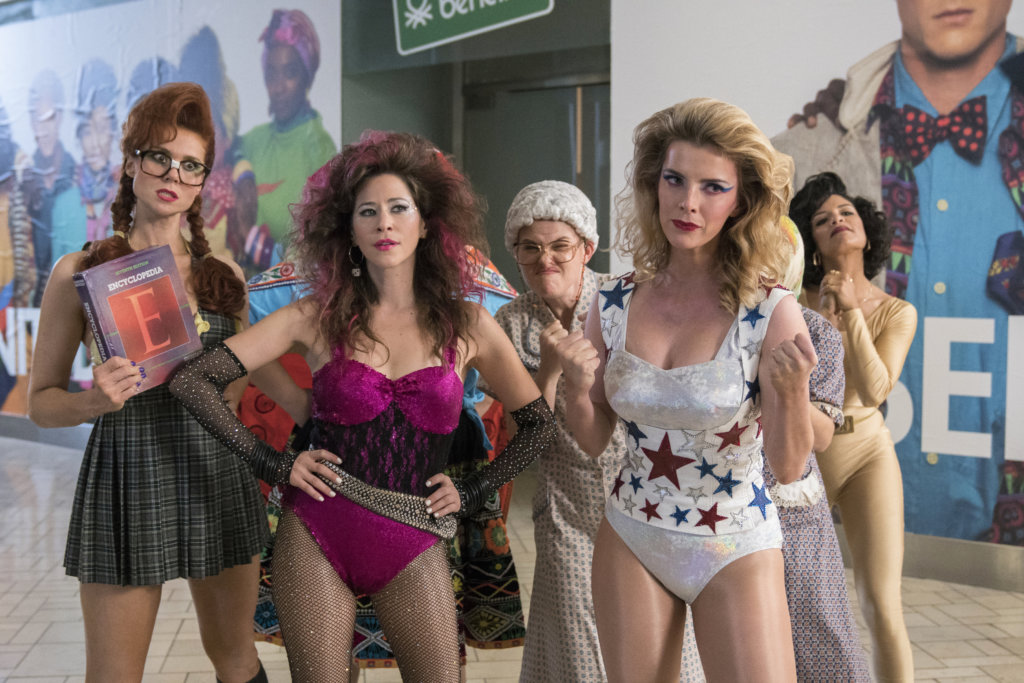 Has GLOW changed the way you see yourself?
GLOW has absolutely changed the way I see myself. In so many ways. My whole life, I told myself I wasn’t an athlete. And now I can bodyslam another human. So it’s really forced me to lift the limitations I’ve set for myself over the years. GLOW has shown me that so many of the stories I’ve told myself, about myself, are made up. And I can write new ones now. With less self-deprecating endings.

What’s it like working with this cast?
A show like GLOW–run by women, created by women, directed and written by mostly women, starring SO MANY incredible women–is BEYOND rare. Every girl has so much to offer and is so talented but in such different ways! Being on GLOW feels like what I imagine it would feel like to see a unicorn. Wait no…to RIDE a unicorn.

And to think it all started back on American Idol in 2009! What did you learn from that experience?
American Idol was such a whirlwind. 108,000 people auditioned that year. That is a number I have trouble wrapping my brain around. I made it to the Top 24 live show and got eliminated. It felt like such a failure, such a gut punch to get so close and lose it all. But looking back, what an enormous accomplishment it was to have made it that far. And to get to sing on TV in the homes of 30 million people a week: It’s insane. But so often in life, all I need is a perspective shift. Of course, that’s easier said than done. I have so much trouble remembering that when I feel depressed or down or even too busy, but instead of “I failed,” it’s “look what I accomplished.”

You’re still singing, though. Your recent comedic song “Deep Like” is about Instagram stalking and liking someone’s old photos. Is that based on personal experience?
“Deep Like” is definitely an exaggerated version of events, but it all comes from real situations. Like I never got a dude’s last name from his backpack and his first name from his coffee cup, but thought it would be funny if I did and then found him on Insta. Instagram has turned into Tinder. Liking/commenting/messaging late at night means what you think it means. You gotta be careful out there, kids!

Speaking of your comedy… you played the legendary Gilda Radner in A Futile and Stupid Gesture—what was it like stepping into her shoes?
It was such an honor to portray one of my lifelong heroes on screen. I got to work alongside some of my favorite comics/actors and be directed the great David Wain. More than anything, I felt for the first time like I was really IN the game: I was getting to do what I love surrounded by people who inspire me and it awakened a new idea of what was possible for me. Truly, I felt like if I can play Gilda, I can do anything. (And great, now I’m crying answering these interview questions…)

When did you first know you wanted to perform?
I’ve known I wanted to perform since I was a tiny child. Tiny! My dad is a singer-songwriter, and we would sing at the piano together. I’d sing, and he’d accompany me in school and camp talent shows as early as age 3. One time, I sang “The Greatest Love of All” with a fellow camper named Genna. We were sharing one mic, both holding it–four tiny hands on one mic. And by the end of the song, I had pulled the mic so close to my mouth and her little hands were outstretched just holding it there for me. Even though this was supposed to be a duet, I inadvertently turned her into a human mic stand. Not my proudest moment. Hilarious video, though.

Now before we let you go, there’s some interesting trivia on your IMDb page: It looks like you played two different characters on The Nanny, two years apart. What was that about?
Great question. Ha. I have no idea, actually. They needed a kid to play a mini Fran Drescher and I was living on Long Island already existing as a mini Fran. So the role felt like a shoo-in. I did play two versions of Mini Fran, but it was three or four seasons apart. I think they were just hoping no one would notice. And I was just happy to work.

We’re happy she gets to work, too. Be sure to check out GLOW season 2 on Netflix over the weekend and watch for her album later this summer.