Whether or not I should pursue a life as a singer was never a question; I have known since as long as I can remember that this is what I wanted to do. But when I was about 8, my body started to change. Very quickly, I went from being a normal little kid to being a chubby little kid. By the time I was 12, I had tried everything from Weight Watchers to Atkins. But even as my body changed and even as I felt self-conscious about it, singing always made me feel good.

In 3rd grade, I was so excited to sing the Star Spangled Banner for my choir class. When I  finished, I heard a boy from my class say, “If she were cute she could sing at the Super Bowl.” Sometimes, kids are just plain mean, and they have no idea how long their words will echo in someone’s ears. What he said really stuck with me – the idea that, despite my talent, being a chubby girl somehow set me at a disadvantage even though my voice was so confident. Over the years, many classmates shared their opinions about my weight: that it was an impediment, something I should be ashamed of. I would go to bed at night crying and praying that I would wake up thinner.

Growing up in the late 1990’s and early 2000’s I was surrounded by images of pop stars like Christina Aguilera and Britney Spears, and magazines with extremely skinny models whose bones would jut out of their clothes. At times, these images made my dreams of a singing career seem unobtainable.

Throughout my body image struggles, I continued to love to sing. For me, music is describing a feeling and putting into a sound; I release emotions through music. Even when I was young, I was aware of a sense of the therapeutic value of singing and writing music. When I was 12, I sang “My Heart Will Go On” from “Titanic” at a school recital. My great-grandma loved that song and I remember even at 12, I felt I could communicate tremendous emotion through those lyrics. Being able to do that, and sharing that emotion with someone – my great-grandma started crying at my recital – meant the world to me. I drew strength from singing, and from the knowledge that God and my family loved me. This strength became my inspiration and the foundation for building a career and a life as I began to face the world head on.

Still, as I got older, my weight continued to be a source of shame. While my friends found boyfriends and picked out bikinis; I was left deciding if I even wanted to go to the pool at all because I was so uncomfortable in my own skin. In middle school, I got a lead role in our school musical, “Fiddler on the Roof,” playing Hodel, one of Tevye’s daughters. Even better, a really beautiful guy was cast as my fiancé! I was so excited to play opposite him, but he refused to kiss me because he didn’t like kissing a “fat girl.” I was humiliated, but took it as best as I could, relying on God and my family for initial support and then playing my role and loving every second of it.

Through high school I continued to sing. I took part in every type of choir offered (jazz, quartet, show, regular choir, and the musicals), entered every singing competition, and went to every singing camp I could get into. I continued to train my voice, taking singing lessons and offering lessons to others. Singing drove me to push harder every day.

In addition to being overweight, I developed early; by the time I was a freshman in high school, I was well beyond the bra sizes that you could buy at a regular bra store. I felt alienated from my peers and was the subject of sexual comments and attention before I was ready. By 16, I was considering breast reduction;  at 17, I had a new kind of surgery that used vaser liposuction [liposuction using sound waves, according to liposuction.com]. The procedure did not work; they tried twice, but my body did not respond to the treatment. I chose to take this as a sign from God to try to accept myself. But it took time.

In college, I struggled with my weight and my body image and just wished I could look like everyone else. I started to give up on my dream of being a successful singer; maybe I was just “too big” to make it.

My junior year, I was going through a little bit of a rough phase in my life; spending a lot of time alone. I don’t like going to the gym – my face turns red when I work out because I’m out of shape; but I decided to give it a try. And I lost some weight which led to me starting to walk with my head higher; but it wasn’t that much of a difference in terms of pounds shed, but I just started to feel better. Since then I’ve regained that weight and lost it again – it’s an ongoing cycle. But I began holding my head a little higher. I carried myself with a little more confidence. I stopped worrying quite so much about what others thought of me when I went to parties. One day, I had an epiphany: It wasn’t that I was big or small that should make me confident, it should be whether or not I liked myself.

I had had enough of other people telling me how I had to look. I was tired of feeling bad about myself just because I was curvy and didn’t match a magazine cover. I loved myself just the way I was. Screw everyone who thought otherwise! It was my body and you know what?! My body is beautiful.

All this time I had been praying for the acceptance of others when I had not yet accepted myself. This self-realization changed everything. With my new found confidence, I realized, I could take on the world! I finally had the chance to make and write music and to perform!! I was invited to tour with the Ex’treme Institute by Nelly (Yes, that Nelly!). It took a while for me to get comfortable on stage but the stage made me face my insecurities head-on, as you must when when you are in front of a spotlight and asked to show people who you are. My image became my brand, my confidence continued to grow, and now I love being on stage; I am happy in my own skin.

My drive to write and sing music made me stronger and forced me to look in the mirror and decide what was really important. Two of my songs from my album, “Feeling Good” and “Let Go”, are about letting go of what may be holding you back, in particular regarding body image. In “Feeling Good” there’s a specific line about looking in the mirror and deciding to love what you see in the reflection before anything else. It took truly loving myself to realize it wasn’t my weight that was holding me back, it was my fear of not being accepted.

If you are someone who is experiencing similar struggles, with people telling you that you can’t achieve your dream because of what you look like, or because of who you are, here is my advice:

I still have some insecurities; I am, after all, only human. But the process of facing myself, smashing my fears, and chasing my dreams has brought me to a place I had always hoped I’d reach. And the opportunity to encourage and inspire others (both through the songs I have written and telling my story) makes me feel so happy and fulfilled.

Learn to crush your fear, and you can be invincible. 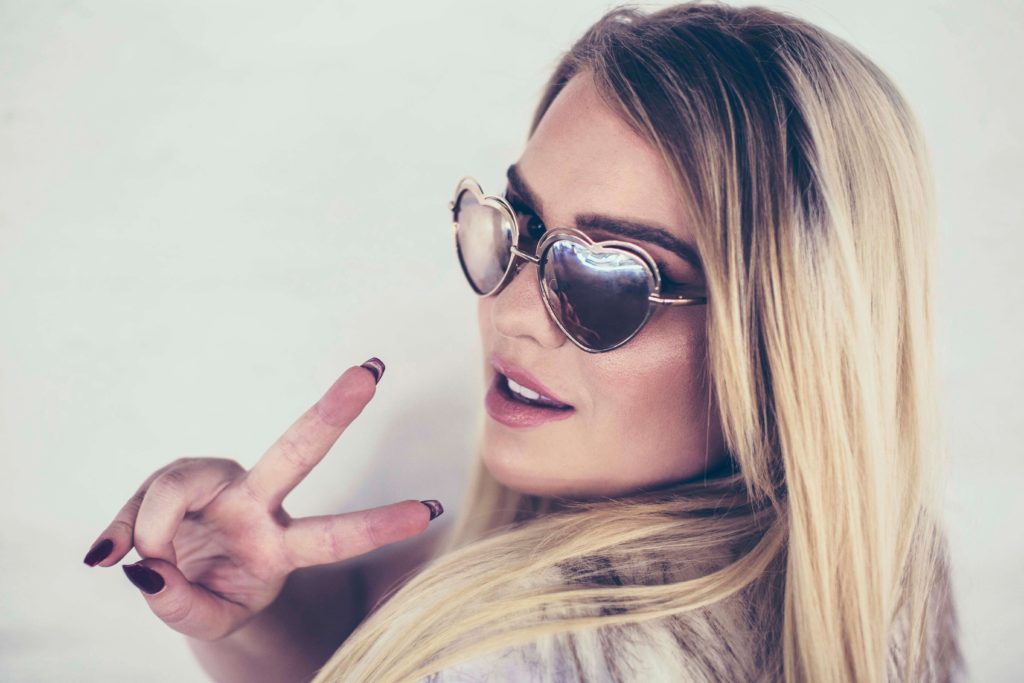