Tonight’s season 10 finale of TBBT sure left me with my jaw on the floor when I first read it. (I’m curious how you all felt seeing it…)

Honestly, I didn’t know we were going to go here now. Our writers and producers know FAR better than I what should happen on this show; don’t get me wrong. But we had such a big year already: Penny and Leonard got married again (!) and we welcomed the Howard/Bernadette baby…that’s a lot.

It was emotional seeing Jim down on one knee. First of all, that’s just such a romantic lovely gesture that many of us never experience and it’s just sweet. And second of all, to have Sheldon in such a tender vulnerable position is just a lot. There were more than a few wet eyes during rehearsal and run-through for that final scene.

And as for what it’s like watching Riki Lindhome swoop in on Sheldon. I can’t lie: I felt a twinge of envy! As the actor who plays Amy, I feel like part of me is anchored to Sheldon because he has been my character’s beloved for so many years. Seeing Sheldon getting attention from a woman felt like it must have been empowering for him (if he were able to be conscious of it!), but when she kissed him – every time in rehearsal – I felt a twinge of discomfort! I know that might sound silly and I respect Riki as an actor tremendously, but I can’t help but feel like something that was ‘mine’ was being imposed upon! We’ll see if that continues next season; I have no clue if it will!

And please don’t ask me if I know what Amy’s going to respond in the season opener of season 11…because I don’t know! Your guess is as good as mine! Sure, I have opinions and ideas… as an actor and a writer, I could see this playing out several ways. But that’s not my job right now. My job is to wait through the summer to see what our writers decide….

I’m going to let the end of this season wash over me like we have to sometimes let life wash over us…with patience, gratitude, and appreciation for how very far we have come. As for what comes next, God only knows. And maybe Chuck Lorre. ☺ 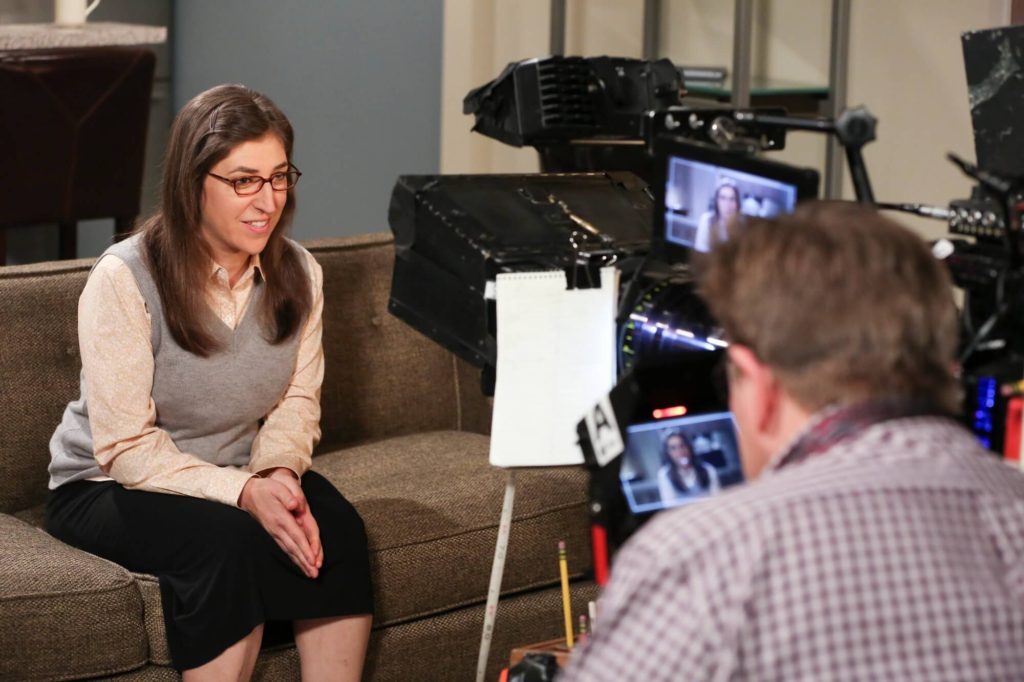