[Featured image: This family received relief after the devastating April and May earthquakes in the Mahadev Bhesi Village in Nepal, thanks to tin roofing which was supplied by Tevel B’Tzedek.]
Jews are now celebrating the seven-day festival called Sukkot, which commemorates the 40 years the Children of Israel wandered in the desert, transient, exposed, internalizing impermanence, on land owned by no one and belonging to everyone. On Sukkot, Jews are commanded to build and live in temporary dwellings with roofs made of branches and foliage sparse enough to allow raindrops and starlight to enter. For me, the meaning of Sukkot is amplified this year because many people I know, subsistence farmers in remote villages in the Nepali hills, will be living for the second straight winter in makeshift houses, pieced together from sheets of plastic and of tin.

Even before the earthquake hit last April, destroying 700,000 homes in the hill country of Central Nepal, these villages were in crisis. For a complex of reasons, these villagers – like villagers all over the “two-thirds world” in Asia, Africa and South America – are mostly unable to feed their families with what they have been able to produce on their small plots of land. The same deforestation that caused erosion and a significant loss in soil fertility also meant that villagers no longer had wood available to make frames for their mud-brick houses like they used to; the frames would have made their homes resilient, but instead they collapsed. The result of the crisis of the villages, even before the earthquake: dangerous patterns of migration to urban slums, the trafficking of young women for sex and children for factory labor, and a massive stream of young adults working de-facto as indentured servants in Gulf countries, Malaysia and elsewhere.

In my twenties, when I was studying to be a rabbi and enthralled with Jewish mysticism and Kabbalah, it never crossed my mind that someday I would be involved with the life-and-death practical challenges that small farmers, mostly women, face in the developing world. And yet there is a profound connection between spiritual matters and the systematic injustices that plague impoverished populations. I had always known that creating a better world—a home for G-d right here on earth, as an ancient Jewish text puts it—was a central tenet of Judaism. Yet it was not until my personal journey took me right into the homes of some of the poorest people in the world that I understood the profound ethical responsibility we face as human beings.

For me it all began in Ethiopia, in 1990: I was there as a journalist to cover the story of Ethiopian Jews—themselves subsistence farmers—in their struggle to immigrate to Israel. I became deeply involved in their exodus, but was also tremendously moved by the plight of the majority of impoverished Ethiopians. I understood that poverty did not necessarily mean day-to-day-unhappiness—many poor villagers and slum dwellers had deep inner spiritual resources, and experienced great joy while with family and community. Poverty was more about vulnerability. One stroke of bad luck—an illness, an injury, unpredictable weather, an unfortunate change in government, bad seeds, an exploitative boss, a war—and everything could change. And the physical and political conditions of the poor meant, almost certainly, that the bad stroke would sooner or later come.

My stay in Ethiopia came to a climax when the rebels, who had been fighting the dictatorial government for 15 years, surrounded the capital city, Addis Ababa. Before they took Addis, they allowed the remaining 15,000 Ethiopian Jews to be airlifted to Israel in the largest civilian airlift in history. I was there and had to decide whether to return to Israel on the last plane of the airlift, or stay for the rebel entry. Chaos and violence were certain to accompany the rebel takeover and I was scared. In the end, I decided that I wanted to be with the average Ethiopian during this crazy time, and I stayed.

For the next 15 years, I reported stories from places like Haiti, Somalia, Nepal, Iraq and Myanmar, with an eye to what was happening to the poorest of the poor—most of the population of these countries—during a time of rapid, neo-liberal globalization. As the world was being woven together into one economy, all of us in the wealthier countries were helping to determine how many would remain desperately poor, and also what it would mean to be poor. Would 21st century poverty mean going hungry most of the time? Being vulnerable to preventable and curable diseases? Having a life expectancy decades shorter than wealthier peers? Dwelling in the squalor of mega-slums? Living in communities fragmented by continuous insecurity and multiple migrations, with little political power or human rights? Or could poor villagers and slum dwellers slowly but surely, create sustainable communities with access to food, basic health care, clean water, and enough education and awareness to create more opportunities for their children and grandchildren?   I found myself wondering: what did my tradition, Judaism, have to say about what kind of world we should create? If we had something to say—through our actions as well as our words—now was the time to say it.

I quickly realized that the systematic changes imposed by global economic systems were enormously influencing the fate of the poorest of the poor. But I also knew from my own past experience that only by meeting villagers and slum-dwellers, sharing their food, living with them and thinking together with them about their urgent issues, could we understand their lives enough for us to help them create the changes they need. I wanted other young people to have the kind of first-hand experiences I had had, and so I created Tevel b’Tzedek: the name is from the Psalms and means “The Earth with Justice”; so far has we have brought close to 1,000 volunteers to Nepal, Haiti and Burundi to live and work in village and slum communities. In our work with over 25,000 people in Nepal, Haiti and Burundi, Africa, we are trying to prove that forced and desperate migration is not a necessity, that these same villages, with a little bit of help, can be transformed into places of opportunity and hope.

True change is local and long-term; over the ten years since its inception, Tevel has honed our methodology so that our focus is on creating long-term change within each village by empowering local leadership, building community solidarity, knowledge and skills. Our latest innovation is a program that has the potential to change the way “development” is done: it’s a two-year service program for local 18-to-23-year-old youth from impoverished rural villages, that trains them to be change agents, spreading agricultural, entrepreneurial and community-building skills in the places they know better than anyone else.

The holiday of Sukkot teaches us that the knowledge of our own vulnerability is a necessity if we are to create a more just and beautiful world. The Torah, our tradition tells us, could only have been given in the desert. All of life is intertwined; we all stand as one as we reach towards the divine, and create a space for G-d’s presence to manifest here on earth. We are all vulnerable if any of us are. Identifying and sharing that vulnerability is what enables starlight from the heavens to illuminate our collective hearts.

We have the resources and the knowledge to turn the world into a Garden of Eden for all human beings, and all of life—we just need the heart, the will and the understanding to do it. 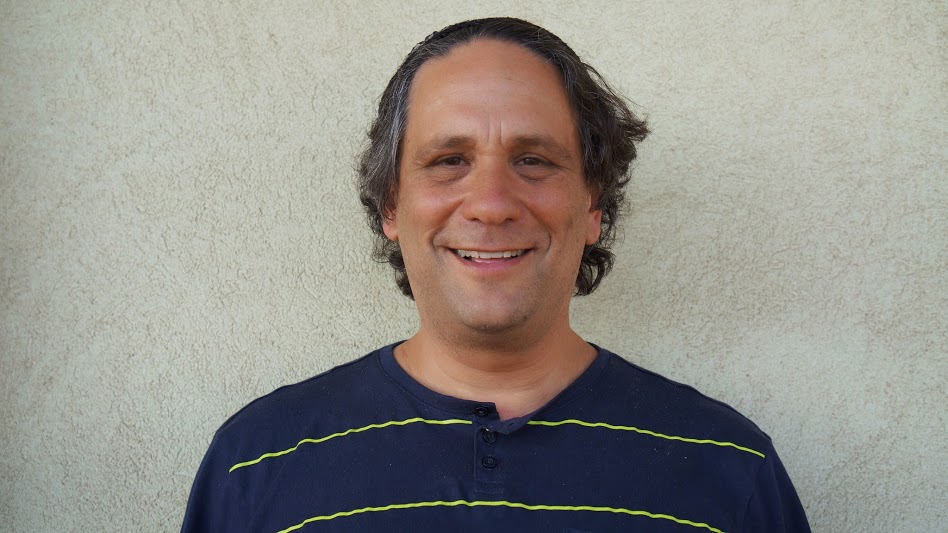 Rabbi Micha Odenheimer is the founder and director of Tevel B’Tzedek, created in 2007. Born in Berkeley, California, Micha received his B.A. from Yale University, Cum Laude, in 1980. In 1984, Micha received Orthodox rabbinic ordination, although he now describes himself as “Post-Modern Orthodox.” In 1988, Micha immigrated to Israel and ever since has been working in social activism in Israeli society, and has lectured and written extensively on Judaism and social justice. A prolific journalist, Micha has reported on poverty, globalization and human rights from around the world including Somalia, Ethiopia, Iraq, Burma, Haiti, Nepal, Bangladesh and Indonesia; he has written for the Washington Post, The Guardian, The London Times, The Jerusalem Report and Haaretz. In 1998,  Micha received the “Boris Smolar Prize” from the Joint Distribution Committee, for his coverage of Ethiopian Jewry. Micha also founded the Israeli Association for Ethiopian Jewry, one of the most instrumental and valued organizations dealing with the absorption of Ethiopian immigration to Israel. Micha also received the 2011 Flegg Prize from Hebrew University.
SHARE:
Explore These Topics: Nepal Sukkot
More Like This: