I am making Passover this year. In previous years, I’ve been with family, either in Israel or in New Jersey, but this year, I’m spending the first half of the holiday–which includes two Seders (traditional Passover holiday meals)–here. And it’s already stressing me out, thinking about how my mother would have done things and how I’m not my mother and won’t be doing it the same way. I’m trying to forge my own path through the complicated space that is the Jewish holiday of freedom.

Passover was always an emotionally fraught and exhausting time in my parents’ house; my mother struck the house in a cleaning frenzy, an unstoppable dervish of refrigerator-emptying and oven-scrubbing, followed by the twin processionals of boxes from the kitchen to the basement: Passover dishes coming up, regular dishes descending into their momentary storage. She had a red cardboard Passover box which contained menus, shopping lists and other preparation documents which she referred to and updated annually. My father recently shared these planning worksheets with my brothers and I as a 30-page mega-doc called “Making Passover: Here it Comes.” It includes such instructions as “The day of the first seder is like a play that has to be orchestrated,” and “Whether or not it is a leap year, Passover will start exactly four weeks after Purim, and that won’t be enough time. It never is.”

The shopping was painstakingly planned over several weeks in advance of the holiday: for instance, my mother, like her mother before her, started with 12 dozen eggs–they called it “a dozen dozen;” the holiday is notoriously egg-heavy. Kosher meats, already expensive, received a Passover surcharge, as did any prepared foods, baking mixes or packaged cookies bearing Passover certification. Coordinating this took a huge toll on my mother, who was still doing all the normal work of the household, raising three kids, for part of that time also working as a journalist, and – later on – battling two atypical diseases that limited her mobility and eventually claimed her life. Each Passover was like a bomb with a hair trigger we couldn’t see, but were always destined to trip. During Passover of 2011, my mother’s illness had progressed, making her extremely and visibly uncomfortable; right after Passover, she went into the hospital for the last time. Passover, for me, bears this painful memory. 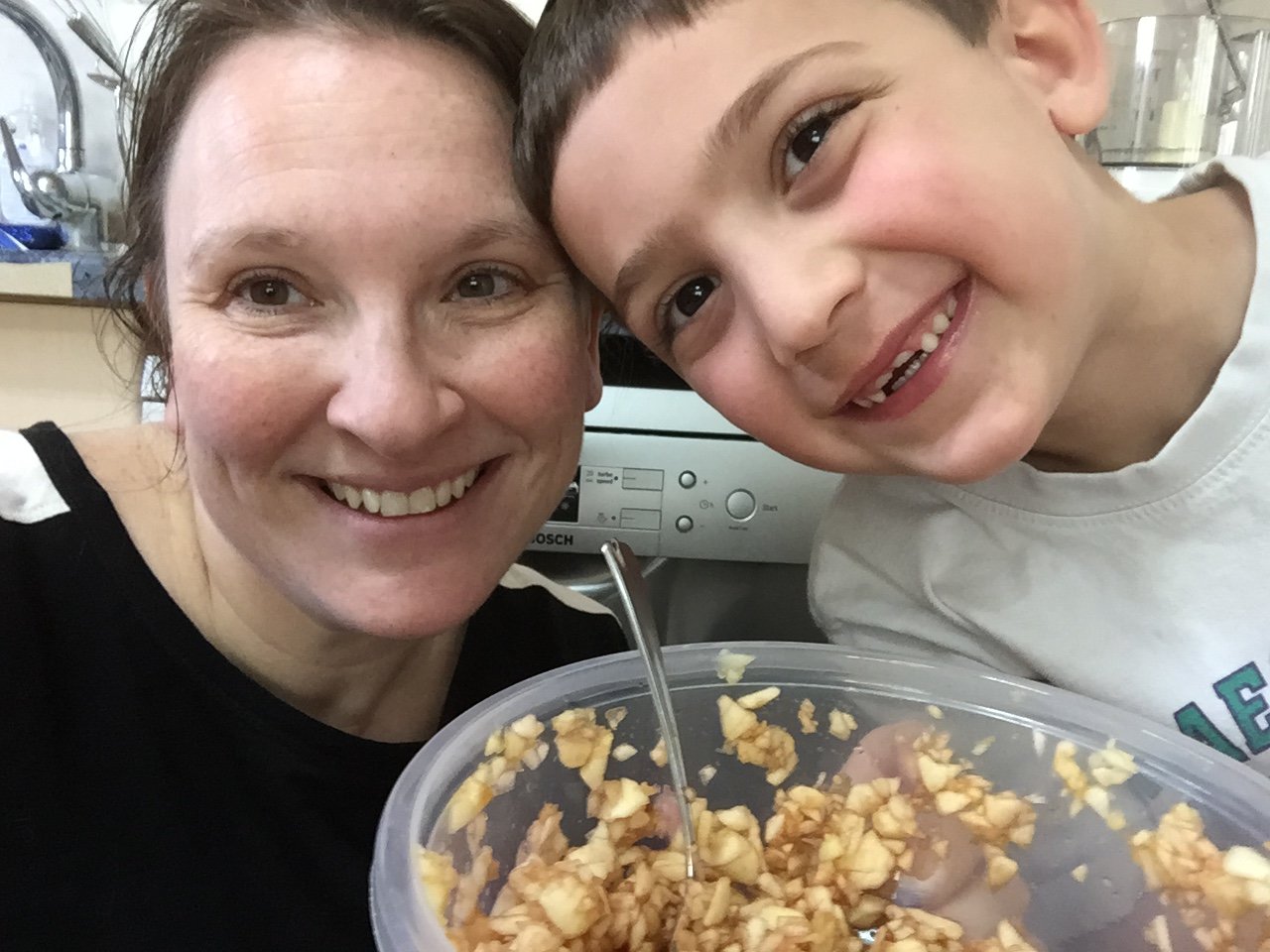 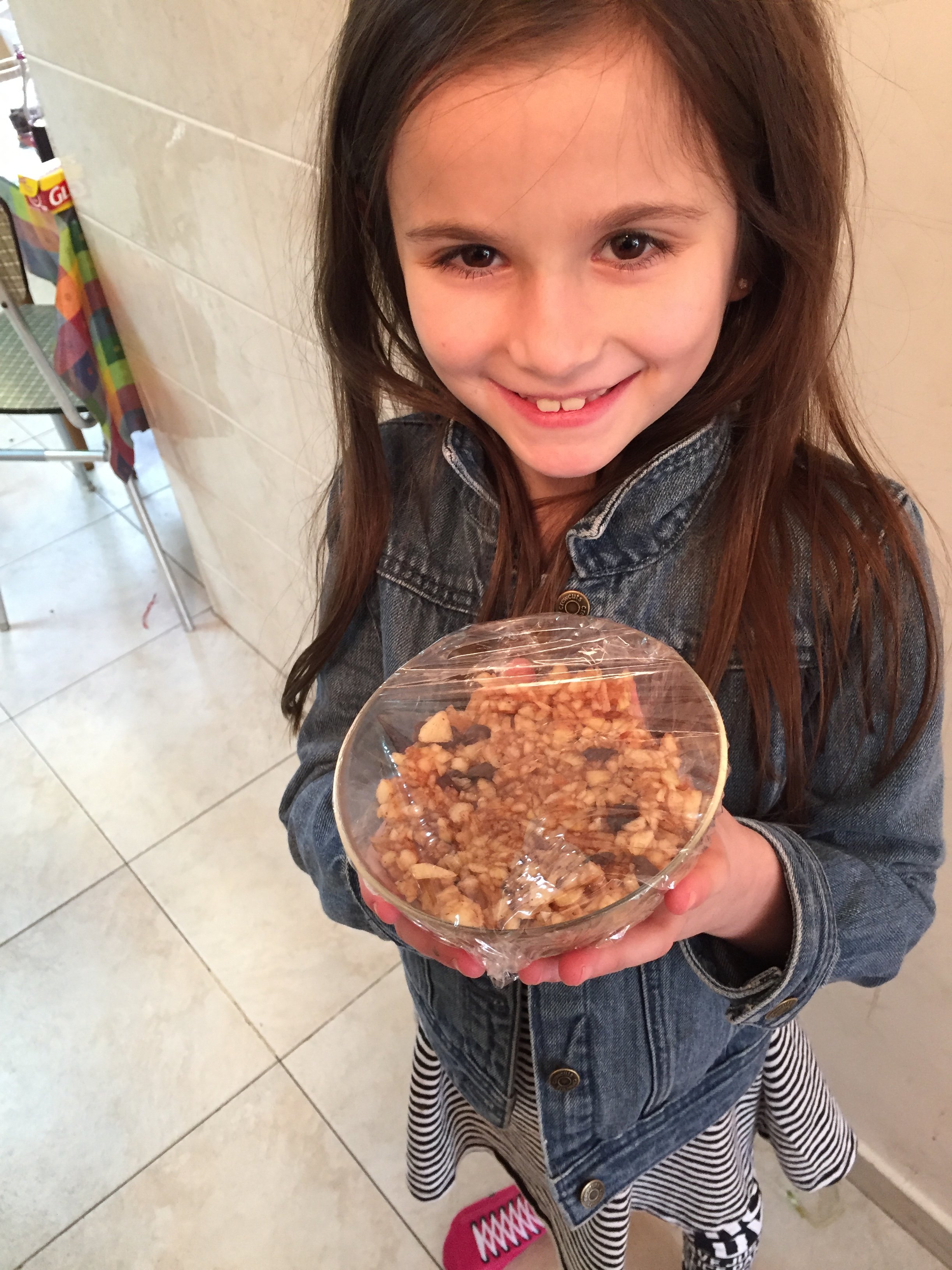 There are parts of Passover that I always loved: making the charoset, a chutney of sorts with apples, wine, cinnamon and nuts; as a child I prepared this dish with my grandparents, and more recently, with my nieces and nephews. I loved sitting around the table with family, serving and consuming ritual foods, building to the massive meal of family favorites. I remember my grandparents sitting at that table, teaching us, as we recited stories and songs from the Haggadah, the collection of texts that chart the Exodus of the Jews from Egyptian slavery and that encourage us to see ourselves in the narrative as it progresses from oppression to redemption.

So in making my own Passover, I’m developing a list of things to buy, a list of things to do – my mother was a huge fan of the to-do list — and a list of overall goals for the holiday. I won’t bore you with the first two, which can be summed up by “buy everything even though it’s more expensive than it should be” and “you’ll stay up until this floor shiiiiiiines like the top of the Chrysler Building.” But I thought the third one might be of help to me, as a declarative statement of intention, and maybe even to some of you.

I grew up with the understanding that to “make Passover” was to accept a state of emotional frustration, reduced patience and precarious mental health before the holiday even began. But that was my mother’s Passover. This is mine. It’s still daunting, but I’m ready to get started.