Saying Kaddish is one of the most significant and meaningful ways I have experienced to move through my first year of grief. Jewish practice designates 11 months after burial for the daily recitation of this prayer – a prayer which reaffirms the reciter’s belief in G-d, and which has for centuries functioned as sort of a rabbinical pause in the daily prayer service. Judaism gets a lot of things seemingly wrong, but across all denominations, rabbis and scholars agree that we got this one right. Encouraging a presence with a community in the time of acute grief is profoundly meaningful, especially since it’s a “low emotional commitment” and all you have to do is show up and be there for about a half hour, twice a day.

Kaddish is meditative if you let it be, and being in the midst of quiet prayer and stillness during grief – even for minutes a day – is helpful and profoundly comforting.

My 11 months of Kaddish for my father just ended. What was it like?

It was a little bit like ducking under a big wave. Or what I imagine it would be like, G-d forbid, if there were an enormous torrential storm that swept away everything in a town and then after the storm has left, it’s all quiet. And still. And cleared away. The destruction leaves a disturbing and upsetting transformation that is unwanted, unexpected (no matter how much you saw it coming) and just dark.

I did not recite it every single day, but I recited it many, many days. I recited it in my hometown mostly, at an Orthodox synagogue that had never had a woman ask if she could be accommodated to recite Kaddish. They accommodated me and welcomed me in for 11 months.

I recited it when I travelled during these 11 months. In Georgia, in North Carolina, in New York, in the farther reaches of California. I recited it in Reform synagogues and in Conservative ones; in ballrooms at conferences and behind walls and dividers set to keep me away, apart, separate from, as some Orthodox communities dictate.

But you could not keep me away from It, nor It away from me. Grief followed me and hung over me like a veil of darkness everywhere I went. A cloud of sadness, a weight of death on my chest.

And now the 11 months have ended. My responsibility is over. My father’s soul is as it was before, although the people in the synagogue where I have gone so many early mornings and so many afternoons and evenings tell me his soul can be lifted up because of the honor I have given it through my dedication to Kaddish. It’s higher, closer, nearer to G-d’s resting place in the heavens I don’t really think much about.

Sometimes my voice is heard loud and clear, and sometimes I mumble it, and sometimes I can’t tell where it is because the pain has buried it so deep in my larynx and other times I cry it out and I feel like if I say it out loud the pain will go away but it doesn’t. It’s always there.

Is this what you wanted from me, G-d?

I think about the times I slept in. The times I didn’t make it to shul. Did I not miss my father enough to go to synagogue one more time? Shame on me. And when I went instead to the movies, or to see friends, or to seek comfort other ways, was I running from this responsibility?

Now I have my mornings back. And my afternoons too. I have all of this time, they tell me. My rabbi, Rabbi Malka, says I can fill that time with something else. One door has closed but another has opened. Well – I want to tell her -I don’t much like this door any more than the last one.

I have reclaimed time in some ways. And I have lost time in others. 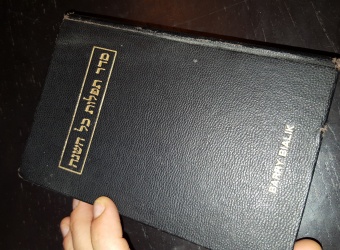 And then the rest of my life.

I gave myself 11 months of discipline and presence. I gave my religious tradition the opportunity to hold me up in ways I didn’t know how. I gave strangers the ability to become my comrades. I gave myself permission to learn something new, so many things new. I gave my community the chance to learn about what one daughter can achieve for the sake of her father.

May your father’s soul have an aliyah, an ascension to heaven, they kept saying to me. And all I could say was: amen.

(This is part of an ongoing series by Mayim Bialik chronicling her journey through the year of mourning following her father’s death in April 2015. For previous pieces in this series, click here.)

Read More From Mayim
Explore These Topics: Grief Judaism Mourning
More Like This: