[Photo: Some of the women in the Action Kivu programs- photo by Hélène Estèves]

The world feels overwhelming right now, doesn’t it? Every day, if not every hour, a new report or tweet demands our attention, there is a petition to sign, a march to join. And while you might be tempted to tune out this weekend, to take a Saturday break from social media sites that read like cacophony of chaos, the UN team behind Human Rights Day is asking you to tune in tomorrow. To pay attention to those immediately around you, and those around the world. To take action, both online through emails, and offline, through conversation, connection, and standing up for the most vulnerable.

After the U.S. national election, the Southern Poverty Law Center (SPLC) reported a spike in hate crimes, and in 2015 in general, hate crimes were up 67% – the highest since the days following the 9/11 attacks, according to the FBI.

But you can take back the power of the people, and reaffirm the basic tenets of the UN’s Universal Declaration of Human Rights: “Whereas recognition of the inherent dignity and of the equal and inalienable rights of all members of the human family is the foundation of freedom, justice and peace in the world.”

This weekend ask yourself, “What Would Eleanor Roosevelt Do (WWERD)?

By the time Eleanor and her hubby President FDR arrived in the White House in 1933, she was already involved in human rights and social justice issues. In addition to advocating for equal rights for women and African-Americans, among other oppressed groups, she was appointed to the head of the Human Rights Commission by President Harry Truman in 1946, and was a key player in drafting the Universal Declaration of Human Rights cited above.

She wrote: “Where, after all, do universal human rights begin? In small places, close to home – so close and so small that they cannot be seen on any maps of the world. Unless these rights have meaning there, they have little meaning anywhere. Without concerted citizen action to uphold them close to home, we shall look in vain for progress in the larger world.”

This year’s call to action for Human Rights Day echoes Eleanor’s call to everyone to stand up for someone’s rights. The website states: “Many of us are fearful about the way the world is heading. Disrespect for basic human rights continues to be wide-spread in all parts of the globe. Extremist movements subject people to horrific violence. Messages of intolerance and hatred prey on our fears. Humane values are under attack. We must reaffirm our common humanity [bolding mine]. Wherever we are, we can make a real difference. In the street, in school, at work, in public transport; in the voting booth, on social media.The time for this is now. ‘We the peoples’ can take a stand for rights. And together, we can take a stand for more humanity.”

So how can we stand up for someone’s rights on Human Rights Day, and every day?

We’re overwhelmed by that cacophony of chaos, reading stories like this, out of Portland Oregon, as reported by the SLPC:

“A Muslim woman was riding the Max to Beaverton in the early afternoon and a group of teenagers went to the corner of the car where she was sitting and got up in her face yelling at her that she was a terrorist, that our new president was going to deport her, that she can’t wear her hijab anymore.”

That is just one story of many, and the collective hate we hear about seems overwhelming. But listen to how this story played out:

“They got increasingly menacing,” the rider who reported the incident stated, “and my friend went over and made them get off the train.”

Amidst the chaos, compassion and connection arises. But it takes thought and some preparation to be the first to step into a potential hate crime or to deflect hate speech. As Akshat Rathi noted in “How to Intervene in a Racist Attack,” “the first barrier to overcome in these situations is the “bystander effect,” which states that the greater the number of bystanders, the less likely any single individual will help. This is because there is a diffusion of responsibility: the bigger the group, the stronger the feeling that surely someone else will step up to help.”

In groupthink, many people won’t act until one person leads the way. So plan to be that person. Role play it now: put yourself on the train with the Muslim woman being verbally attacked. Plan how you’ll protect the vulnerable person, and how you’ll de-escalate the situation.

Maeril, an artist living in Paris, gives a step-by-step illustration specific to Islamophobic harassment that could be followed in any similar situation. The beauty of the action is that it engages us one-on-one with a stranger, in conversation, creating greater connection and community in the process of protection and helping another. It’s one more step toward creating the beloved community that Martin Luther King Jr. envisioned.

Thus prepared to be a defender of human rights in your community, you can also take action to create the beloved community you would like to see in your city, in your country, and in your world:

And when you find yourself confronting hate, conflict and inequality, just ask yourself, WWERD? 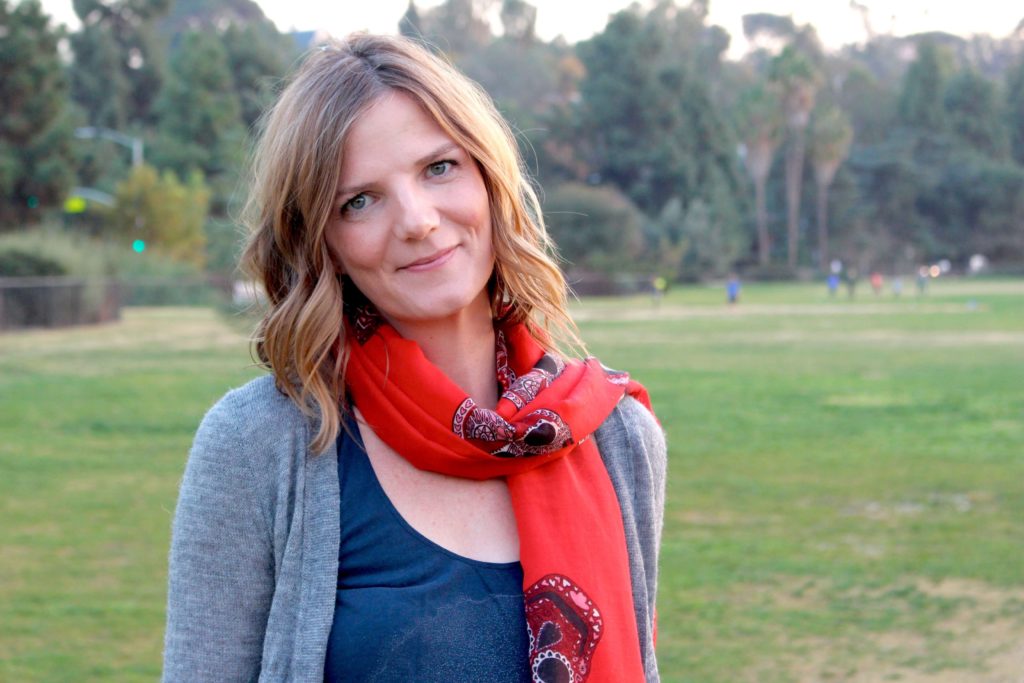 Rebecca Snavely is the Executive Director and co-founder of Action Kivu, working to raise awareness and funds to invest in the women, children & communities of Congo through vocational training & education, creating paths toward peace & prosperity. A former Web producer and staff writer for the L.A. Times entertainment site, she loves visual storytellling almost as much as the written word, and is a Casting Director for Project Runway. Preferring to move about without maps, she likes to get lost, and has traveled to Congo, Ethiopia, Serbia, and taught English in Kosovo. Living car-free in Los Angeles, she collects stories of connection through the people she meets while walking in L.A.