[Photo: A photo taken by the author of the Holocaust Memorial in Berlin]

“How much of the Holocaust do you want on this trip?” I asked my boyfriend while planning our trip to Berlin last November. This alarmingly point-blank question immediately betrayed all my anxiety surrounding the subject, since he’s Jewish and I’m not.

Ultimately, we decided to visit the Memorial to the Murdered Jews of Europe, more commonly referred to as simply “The Holocaust Memorial.” Designed by Peter Eisenman and officially opened in 2005, the memorial is made up of concrete blocks placed on a descending hill, which makes moving through it an intentionally-disorienting and anxiety-provoking experience. But I was feeling anxious for another reason: I was nervous that, at this solemn location, people would be playing hide-and-seek again.

When I visited the memorial the previous summer, people were acting like they were in Central Park: climbing atop the slabs, jumping out from behind them and laughing hysterically as they scared their friends, even racing through them — behaving in a way that was both disrespectful and dangerous.  I left feeling furious instead of moved by the gravity of the space. I worried about being able to keep my cool if I witnessed things like this a year later.  My faith in humanity was already shattered by the 2016 Election process, so I wasn’t really surprised to see that not only were the jumpers, shriekers and runners still firmly in place, but that they still didn’t seem to think there was anything wrong with their behavior.

A few weeks ago, a friend told me about Israeli-born, Germany-based satirist, artist, and writer Shahak Shapira’s latest project, Yolocaust – the name a grafting together of the Holocaust with an internet slang term, YOLO (you only live once, kind of a “carpe diem” for millennials). The project’s aim was to call out not only individuals who, for whatever reason, felt it was a good idea to upload “cute,” “cool,” or “funny” selfies taken at the Berlin Holocaust Memorial with captions like “jumping on dead Jews” to their Instagram accounts; but also those who let this kind of behavior slide. In superimposing well-known images of the horrific violence of the Holocaust in the background of these selfies, Shapira brings to our attention the terrifying reality that the question, “How can I act in an appropriate manner when visiting a genocide memorial?” is one that actually needs to be asked in 2017.

Shapira, 28, has been subjected to a slew of both physical and emotional assaults for confronting anti-Semitism. In 2015, after Shapira filmed a group of New Year’s Eve revelers shouting anti-Semitic chants and taunts in the Berlin subway, members of the group spit on him and beat him up, demanding he delete the video.

Shapira also made headlines for his October 2016 confrontation of neo-Nazi rapper MaKss Damage. After unknowingly being scheduled for a Kiss FM radio interview on the same day as the neo-Nazi, Shapira recounted the experience in a Vice column, denouncing the vile lyrics and messages of hate MaKss Damage helps to spread in the process. The column quickly went viral. With people like white nationalist Richard Spencer being given attention in the press, questions about if and how the media should cover extremists are once again a matter of international, not just American, debate.

In his columns for Vice Germany, Shapira shares excerpts from his book, Das Wird Man Ja Wohl Noch Schreiben Dürfen, his thoughts on anti-Semitism in contemporary Germany, and his experiences as a teenager in a very small town in Saxony-Anhalt where the far-right (to put it gently) National Democratic Party had a strong presence. His family history may also be a factor in Shapira’s unflinching commitment to artistic resistance: his grandfather was Olympic trainer Amitzur Shapira, one of the 11 Israeli Olympic Team members killed by Black September terrorists in the 1972 Munich Massacre, and his other grandfather was a Holocaust survivor.

A week after the project launched, Shapira updated the website and removed the selfies, stating that all 12 people whose photos had been featured had contacted him, and that “almost all of them understood the message, apologized, and decided to remove their selfies from their personal Facebook and Instagram photos.”

Though some surely will not agree with Shapira’s decision to remove the photos (all of which are, of course, still easily found online) I do think it sparks an interesting debate about the possibility of forgiveness and the ability to repair one’s reputation in the Internet Age. I interpret Shapira’s motivations to be less about publicly  shaming these 12 specific people for their very obvious lapses in judgment, misguided attempts at turning the memorial into a venue for their creative visions, or desires to document their trip to Berlin on social media (though, since Shapira states in his update that the site was “visited by over 2.5 million people,” those featured undoubtedly felt ashamed.)

More so, I think it addresses a problem that many, based on the emails Shapira received in response to the project, feel has gone ignored for far too long. One person emailed Shapira, “I walk past the memorial everyday and I am confused and saddened to see the mixture of disrespectfulness, lack of knowledge, and self-promotion in many visitor’s behavior.”

As I was writing this, newly inaugurated President Trump picked Holocaust Remembrance Day to sign his “executive order” against allowing refugees from seven Muslim countries to resettle in the United States (in addition to imposing several other xenophobic limitations on refugees and foreign nationals) Further, the President’s Statement on Holocaust Remembrance Day was missing any mention of Jews at all. The closing line, in which Trump promised to “make love and tolerance prevalent throughout the world” would have been laughable if it wasn’t quite so depressing.

But there is one line in that statement that felt open to the possibility of interpretation: “In the darkest hours of humanity, light shines the brightest.” Whether we’re shining our lights on inappropriate behavior at the Holocaust Memorial or unconstitutional executive orders issued by a President who did not win the popular vote, let’s make sure we keep shining them.

For many of us, remaining optimistic in the wake of the past few months is hard. Especially when projects like Yolocaust and @Stl_Manifest (a Twitter recitation of the manifest from the St. Louis, a ship which was turned back by the US) remind us that many Jews fleeing the Holocaust were turned away by the United States, directly resulting in their murders by Nazis. Now, more than ever, we can’t afford to forget – nor can we afford to stay silent. No matter how you feel about his methods, Shapira’s project, like much of his body of work, fights to ensure that the stolen lives of those who perished are remembered with respect. With people like Shapira speaking up, places like The Holocaust Memorial will remain what they should be: terrifying reminders of what happens when evil knows no limits. 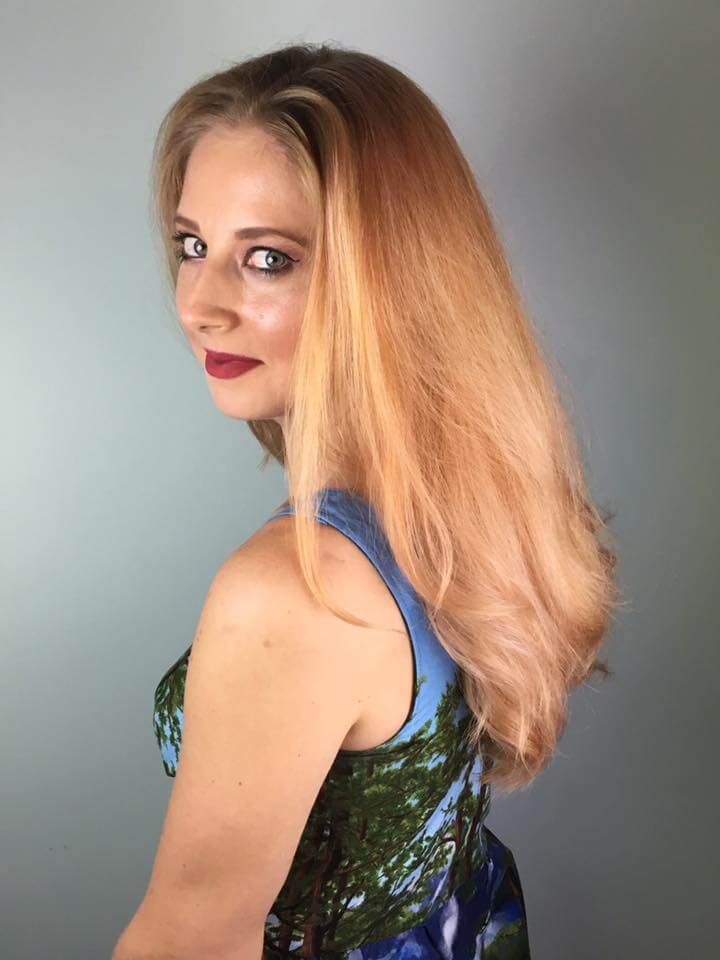 Katherine Q. Stone’s work has appeared in The Los Angeles Review of Books, Booth Magazine, Bookslut, and other publications. She is currently based in New York City.