(From the writer & the editor: This essay, written in the days after the UCLA shooting, is about bringing prayer to action. Only days later, in a single weekend, a talented young singer was killed by a fan, and we as a nation were devastated by a needless loss of life, a deadly assault on our LGBTQ community in the worst act of gun violence in our nation’s history.  In dozens of social media posts, we have seen the words of prayer corrupted by senators whose actions have enabled this tragedy. We have posted that we are past the need for prayer. We are impatient for action and we absolutely should be.  If there is prayer – and there will be – it must be prayer that transforms us; prayer that brings us to action. Here is one framework for understanding the role of prayer – no matter how you define it – in creating action, including the list of “6 Things You Can Do” at the end of this piece.)

“Thoughts  and prayers.” “Our prayers are with the victims.”  “Praying for…” So read our Facebook and Twitter. During the recent lockdown at UCLA in the wake of shots fired, we found ourselves once again holding our breath, thinking and praying of the victims of a shooting. We were, in our hearts and minds, running a swift inventory of where our own loved ones were standing that day – asking as we have so many times: are they safe?

The language that is used in a lockdown is that we are to “shelter in place.” These gentle words have come to stand for the deep fear of waiting. To hide, to remain locked down, until the room-to-room searches have been conducted. Those who must hide are made prisoners in that shelter, and they and the people who love them pray. We have prayed after each and every one of these tragic shootings. And it appears now that we must begin to pray differently.

In the women’s Talmud class I attend, taught by Rabbi Susan Goldberg in Los Angeles, we have studied the story of Hannah who is used as a model of the kind of intention we should bring to prayer. In the story, Hannah appears on the steps of the Temple so distraught that a Temple priest observing her believes she is drunk. But she is not drunk: she is in a state of relentless despair. (She is praying to God to bring her a child, a child she does not know but who tears at her being. ) She is so distraught that she is altered in her very appearance. She is fundamentally changed. In this state she is pouring her heart out to God.

We have all of us felt overwhelmed and daunted by the task of ending gun violence in America.  It is not the task of one person and yet it seems a deep failure to leave this fight to the parents who have lost their children. I received a mailing today from Nicole Hockley, the mother of Dylan Hockley, a first grader who was a victim of gun violence at Sandy Hook. In it she writes, “I don’t want any other parent to feel this way.” She is hoping to shield us from the terrible pain she endures. Perhaps the correct way to honor her son’s loss – and to pray for her and for our nation – would be to try to align ourselves with her pain.

If we ask of ourselves to dwell in that despair, we can employ the pain to move us to action. Because it can not be the case that qualifies someone to advocate for gun control is the loss of a child.  To allow this is to ask those parents to do the work of protecting our children, at their moment of greatest suffering, when they have lost their child. It is plain that this terrible burden is not theirs to bear alone.

When we learn and discover that our loved ones are safe we are relieved. We are distressed and saddened by each tragedy but we do not join the ranks of Americans who have lost their loved ones to gun violence. We have the gift of breathing and returning to our lives, to our families in their wholeness.

Years ago I stayed, with my then-young sons, in a beautiful apartment on a family vacation in Hawaii. The owners of this home had a guest book that invited visitors to write about their stay. As I paged through the book, I came across a hand-written thank you from parents who had been given respite in this peaceful place after their child had been murdered in a school shooting.

I held that book in my hand as something sacred and perhaps it was.  Because to imagine the grief of those parents and the parents who have come after them, is the start of prayer.  If we emulate Hannah and dwell in their loss until we too are changed, we can move from despair to action.  To let those parents know that their tragedy is our tragedy. That their loss is felt by us and is unacceptable. To say to our leaders that we have prayed and in doing so, we now know what we must do.

6 Things That We Can Do

In the Jewish tradition, the number 18 symbolizes life: on the 18th of every month, consider committing one of the above actions to honor the lives of the victims. 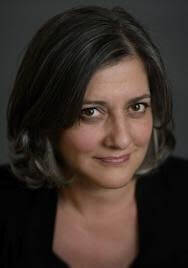 Racelle Rosett is an award-winning television writer (Blossom, thirtysomething) and Jewish short story writer (Moving Waters). She is a fellow with the Institute for Jewish Creativity and has been awarded a Word grant for the writing of prayer and liturgical poetry. www.racellerosett.com