I wasn’t raised in a religious household, but over the years I’ve acquired bits and pieces of religions that resonate: so why did I find myself observing the Jewish Sabbath, taking a break from all technology, refraining from things that are considered work (laundry, etc), and reciting the candle lighting prayer?

Let me set the stage. I’m a social media manager with an Enneagram type 3 personality. What does that mean, you ask? It means I’m a workaholic at my core… but I LOVE what I do, so…that’s ok, right?

This means, though, that I’m ALWAYS connected. Tethered, if you will.  In fact, as I’m dictating this piece on my phone, I’m on a massage table being poked with acupuncture needles in my arms because of…yep, tendonitis from typing so much!  😂 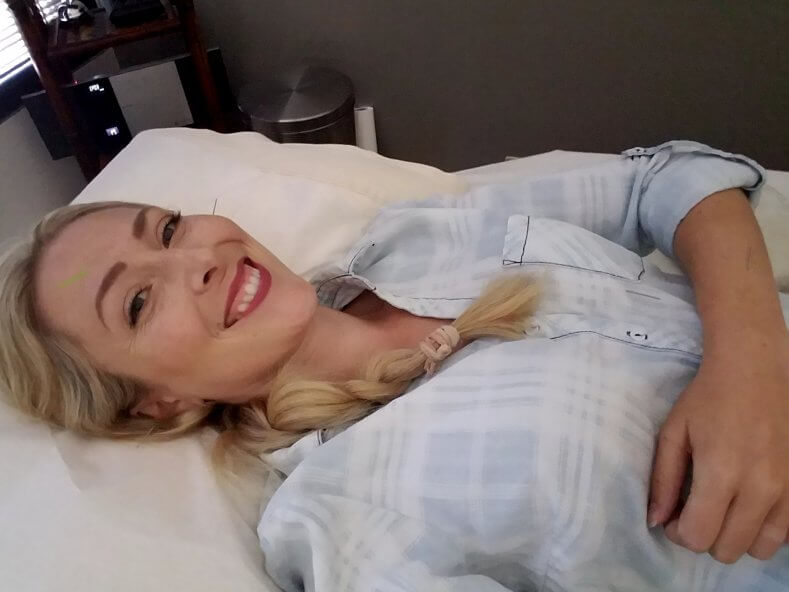 I’m also supposed to be meditating or something. Basically…not on my phone, working.

When I started working with Mayim and the GrokNation team, I realized that from sundown on Friday until Saturday at sundown, I can count on having NO work for her.

I began to ignore my computer more and more during that 24-hour period. I started picking up my phone less, and worrying less about if something on social media needed to be tweeted about.

As I was learning more and more about Judaism, and picking up Hebrew and Yiddish terms used by the team (and even learning a bit of Hebrew on our work retreat), it seemed that I’d accidentally become…Jewish-ish. Or just (kind of) Shabbat-observant.

I started using Fridays to detox and unplug more on Saturdays during the day, using that day to do things that would take me off the grid. Hiking and not worrying about not having cell reception, kayaking without worry about dropping my phone in the water because I was retweeting something, or just lazing around the house without a care in the world.

What I learned, though, is that it felt kind of nice…not working on the weekend in between activities, outings, or relaxing. So, I decided to go full-Shabbat – at least for one weekend. No phone, no computer, no…chopping veggies? I dunno….there’s a list somewhere of all the things you shouldn’t/can’t do while observing the Sabbath, and I’m going to try and go for it.

Could it be done? Could someone go from Gentile to Jew overnight? And even if I’m exaggerating for effect, can one really adopt this kind of tradition without adopting the rest of the religious customs?

Here are the results of my experiment…I went a bit stir crazy, I have to admit.

The first hour consisted of cleaning up dinner (that was pre-chopped and cooked before Shabbat began) and noticing myself reaching for my phone out of habit…a dependence, really. I didn’t even need it… I just felt its absence. 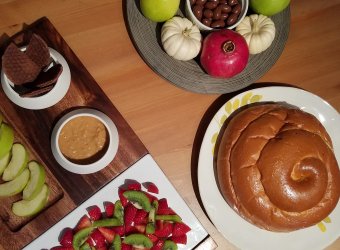 I literally worked on my computer until 3 minutes before candle-lighting at 7:22pm, But, after reciting the candle-lighting prayer (with pretty decent Hebrew pronunciation, I must say) and lighting the two candles… 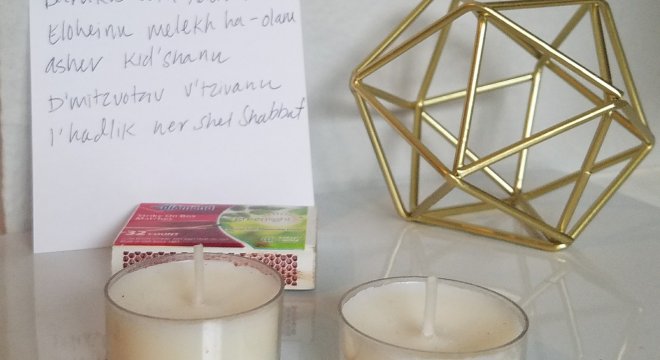 I found I was able to shut down more completely and focus on reflecting on the week, and relaxing my mind. I felt… oddly at ease after a while.

I played cards with my husband, half-watched the movie my husband was watching as I did my own thing, and refused to check e-mails or perform any other kind of “work” tasks. The next morning, I habitually reached for my phone, and corrected my behavior. Instead of lingering in bed, I got up and began my day.  I did “cheat” when my mom called and I’d realized I’d forgotten to tell her about this experiment of mine, and briefly when I needed my GPS, but otherwise, I tried to be very good about the no-technology rule.

Saturday evening (I’d been watching the clock like a hawk) rolled around and to my surprise, far fewer emails came in about work than I expected. There was a slew of promotional emails, which I usually delete throughout the day, but not much in the way of “pressing issues” to attend to.  Was it a fluke, or did I tether myself for reasons I myself had constructed?

I began to rethink how closely I kept my devices, for fear I might miss something that needed tending to. I began to notice I was more present in those hours I wasn’t tethered. And while it felt great, I know that for me, it’s not sustainable in this way.

Maybe my accidental Shabbat observance can be adapted to more realistically fit my lifestyle, but still benefit me in the same ways it’s meant to. To reflect on the week. To look forward to what is new and fresh for the week ahead.

Each day, I can set aside time where devices and work of all kinds can be set aside. To intentionally clear my mind of the stressors of the day. Sure, I relax, but it’s a rarity that I really “shut down” like I did during Shabbat. I liked it.

So, here’s to a new tradition. I may not be Jewish, but I can tell you that working with a client who is Shabbat observant (or “shomer shabbat” as I believe it’s called) has given me some perspective on my relationship with work and rest. 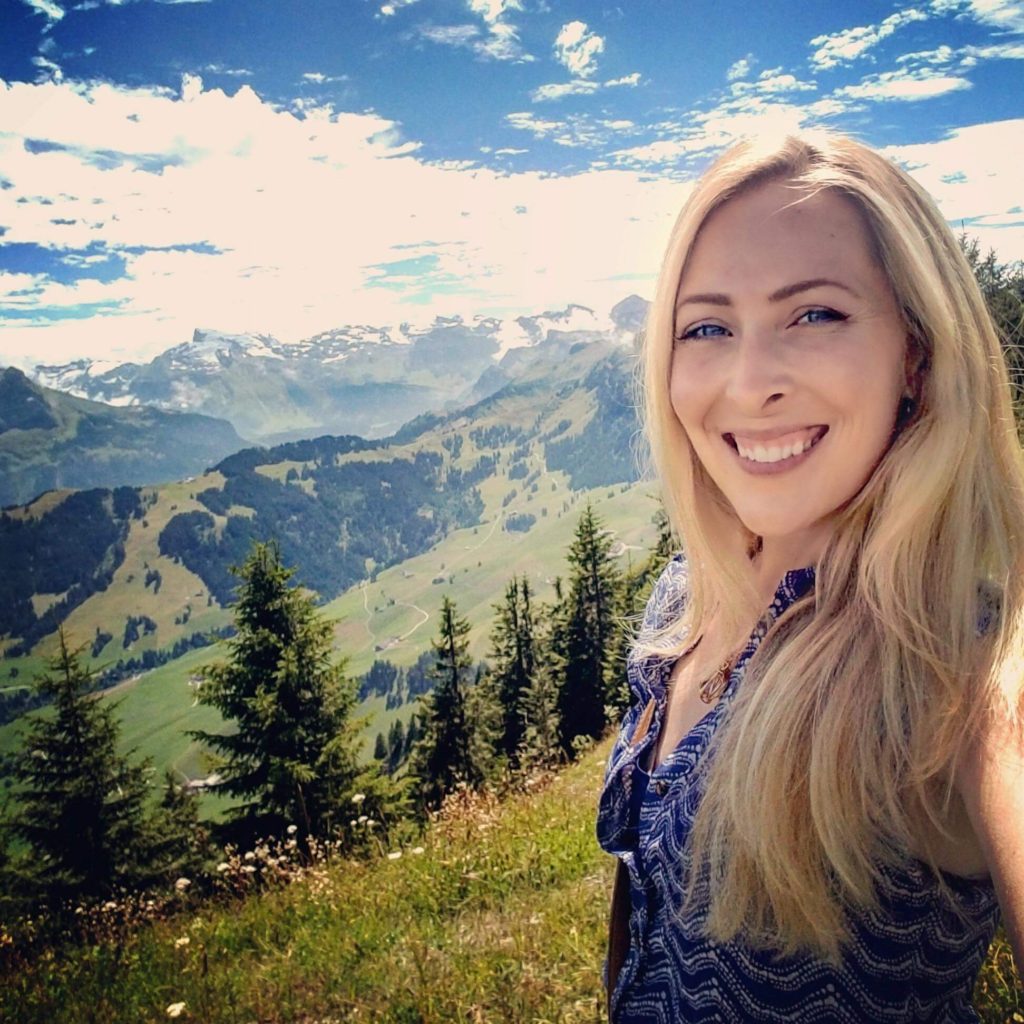 Mia Taylor is the social media manager for Grok Nation and a handful of celebrity clients. She’s a lover of travel and cultures, and when she’s not working, she enjoys being outdoors, taking photos on her travels, and experiencing all that the destination has to offer. Find her on social media: @miataylor on Twitter and @MiaTaylorDotCom on Instagram.