[Photo: At August’s BlogHer conference (#BlogHer16), where Mayim and Zahra filmed a segment about their common desire for modest fashion]

As a Muslim woman who not only dresses modestly, but also wears a head covering, I am oft-caricatured as oppressed. The implicit assumption is that some man in my life – father, husband or brother – has forced me to dress this way. This assumption is doubly degrading, because it connotes that I have no independent reasons for choosing to dress modesty and it calls into question my ability to think and act freely on other issues. It is a caricature that is deeply offensive:  it paints a picture of Muslim women who, at best, are meek, and, at worst, brainwashed.

To be sure, there are Muslim women in the world who are victims of oppression. They, like other victims of oppression, face a system of laws, customs, and practices that conspire to limit their ability to participate in and shape public and private life. For these women, forced modesty may be one of the many tools used to limit their expression and access. However, simply dressing modesty, on its own, does not and should not equate oppression.

Take Indonesia, for example, a predominantly Muslim country in which a large percentage of Indonesian women dress modestly. Indonesia has a good track record on women’s rights and, until 2014, had a female prime minister. So when you see a Muslim woman who is dressed modestly, especially in the United States, do not jump to the (likely incorrect) assumption that her choices and thoughts are not her own. In fact, the odds are that, if you meet a Muslim woman in the US, she is a highly educated and successful member of society.

Due to this shallow, narrow-minded and erroneous view of modesty and Muslim women, we are occasionally subject to absurd proclamations, assumption and rulings: in sports, claiming wearing longer-length pants or head-covering is a ‘safety’ issue, or Donald Trump suggesting that Gold Star mother Grazala Khan was not allowed to speak at the Democratic convention. The most recent of these incidents played out over the last few weeks or so in France. In that country, the associations of modest dress have become more sinister, leading the Mayor of Cannes to believe that wearing a full-coverage swimsuit, or “Burkini,” as people were calling them, is a symbol of ISIS. Gallantly, the Mayor of Cannes decreed that, we Muslim women, don’t need to be under the control of those men (who they believe are oppressing us) and “set us free” by asserting his control over us and demanding we show more skin when on his beach. The ban has since been overturned after international outcry over its hypocrisy and absurdity. After all, it was never clear how revealing our swimsuits needed to be to prove our freedom.

In truth, these statements against modest dress are thinly veiled micro-aggressions against Muslims: a punishment by association towards a visible artifact of Islam. The French Burkini ban in particular was problematic because of the degrading caricature it reinforces – the assumption that if a women is dressed this way, it is not her choice and she is being oppressed – and how it detracts from the real concerns over terrorist sympathizers. ISIS has as much to do with Islam as the KKK does with Christianity, and to associate women on a French beach with this fringe, extreme, violent hate group because they are dressed modestly is a misguided diversion from addressing the root causes of extremism.

As each new unfortunate case of terror has shown, the acts overwhelmingly tend to be perpetrated by marginalized individuals with limited upward mobility and a history of small crimes, domestic abuse and mental illness. Instead of targeting modest dressing on the beach – which achieves nothing but perpetuates “us vs. them” thinking – the Mayor of Cannes would have been much better served to identify the vulnerable and disempowered members of his city and provide them with greater access to services they need.

It is a sad reality that in 2016, unlike men, women – of any faith- are not free to simply make clothing choices based on what makes us feel comfortable and confident. Far too much weight is given to what women wear. Based on our dress, people make assumptions about our religion, yes, but also our promiscuity, intelligence, self esteem, political leanings or sexual preferences. What’s worse is that we are often disempowered from our choices regardless of how we dress – wear revealing clothing and you’re “looking for attention”; cover up and you’re oppressed. In either case, men are presumed to hold the true motivations for our choices.

For my part, I’m challenging the mischaracterization of modesty as old-fashioned and repressive. I dress modestly because I believe that God has commanded me to as a way for me to focus on my value as a person. I believe that dressing modestly helps me to not judge myself or allow others to judge me on my appearance. Instead, dressing modestly is a subtle reminder that far more important than my dress is my character: my treatment of others, my response to adversity, my support of those in need. All of which is completely within in my control and where I should focus my energy. (This doesn’t mean that I don’t try to look good, I do. In fact I started a business to make beautiful modest fashion more widely available.)

Unfortunately too many people still make incorrect assumptions and associations about my choice; these assumptions tear down the humanity of Muslim women as independent-thinking, intelligent beings, and cast modesty as a backward, old-fashioned practice that doesn’t fit with “modern” life. In fact, modesty is a value that is extolled in all the world’s major religions including Christianity and Judaism; it is a virtue that is widely practiced by modern women around the world.

So here are four simple rules that we can follow when it comes to considering women’s dress: 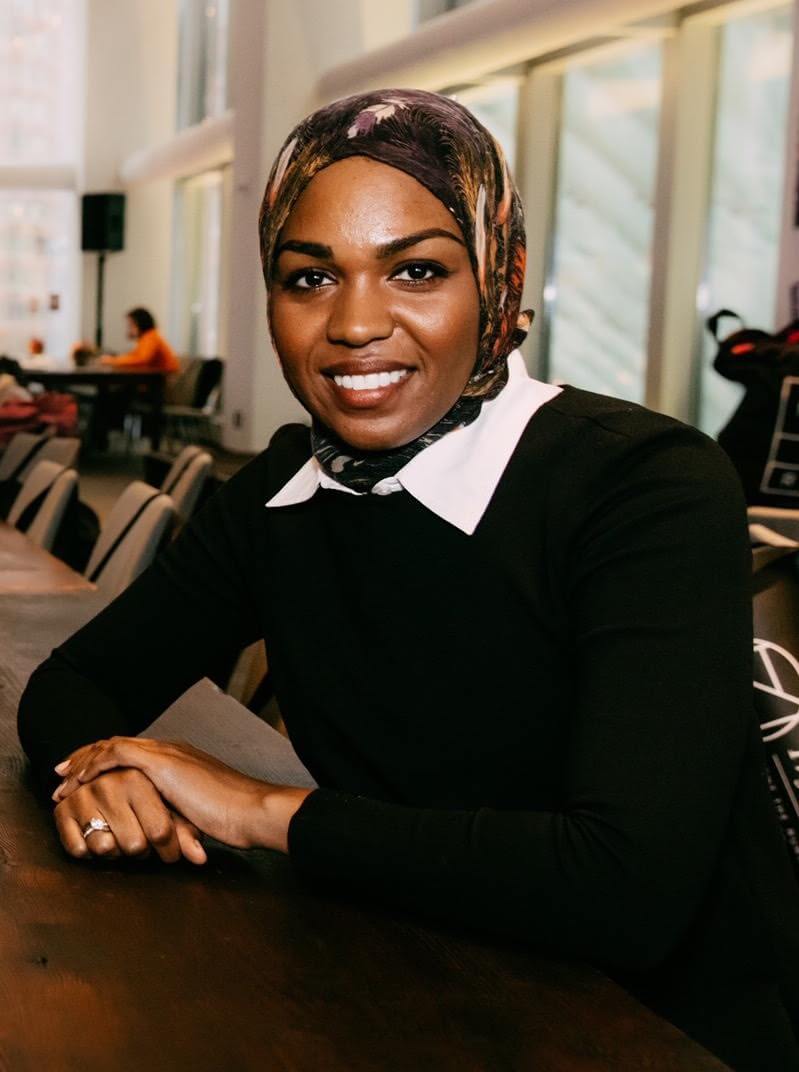 Zahra Aljabri is the CEO and co-founder of Mode-sty, an e-commerce dedicated to providing beautiful, modest fashion to women worldwide. She writes about fashion and modesty for Refinery29 and on Medium. You can learn more about her here.